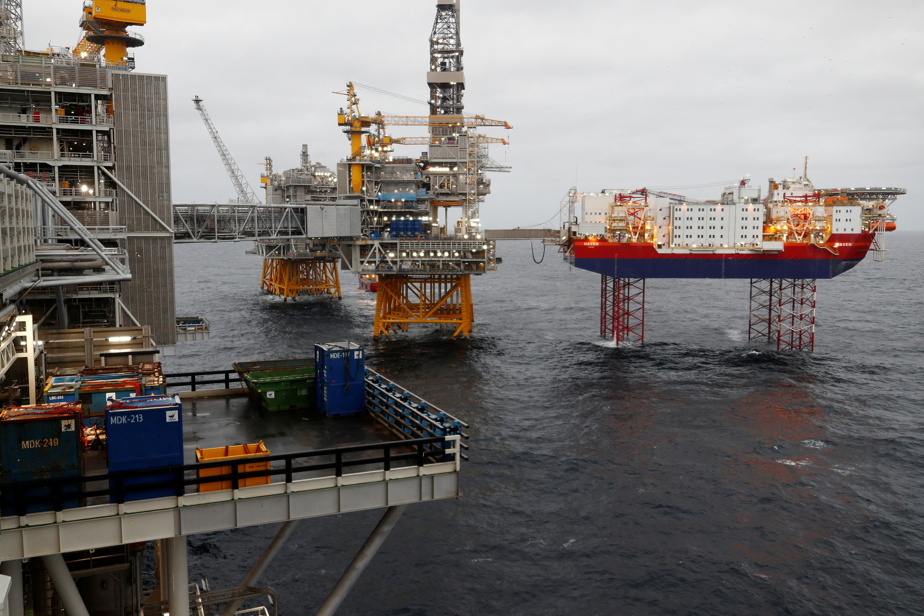 (New York) Oil fell sharply on Monday to end below 100 dollars a barrel, weighed down by a containment in China which weighs on global demand, while in Europe, the question of an embargo on oil and Russian gas remains unresolved.

“Prices faltered on Monday because of concerns around China and its confinements coupled with uncertainties about Russia and its future ability to export oil”, if Europe is considering new sanctions, summarized Phil Flynn of Price Futures Group.

Faced with the worst wave of COVID-19 in China since the start of the epidemic, Shanghai, the economic capital of the country, has been in total or partial confinement for two weeks.

“In other words, the lockdowns that are slowing oil demand in the world’s second-largest consumer nation are likely to last for a long time,” said Barbara Lambrecht, an analyst at Commerzbank.

For Victoria Scholar, analyst at Interactive Investor, Beijing is limited to “its aggressive policy of zero tolerance (COVID-19) to the detriment of its economy”.

“There are fears that the lockdowns and economic restrictions will worsen if the cases spread to other cities,” she explains.

The release of strategic reserves promised by oil-consuming countries “also helps to allay fears linked” to a shortage “and to fill part of the Russian supply absent from the market”, affirms Fiona Cincotta, of City Index, questioned. by AFP.

Oil prices are likely to remain volatile in the near term given the situation in Ukraine, with analysts not definitively ruling out sanctions measures targeting Russian hydrocarbons, even if they are not on the immediate agenda .

Another bearish factor: “the possibility of a slowdown in global growth […] could also weigh on the outlook for demand,” said Fiona Cincotta.

“Rates are falling because the market fears expectations of a recession”, also indicated Phil Flynn while inflation is expected “extraordinarily high” in March, warned the White House before its publication on Tuesday.

“There is more and more talk of an economic recession next year, with central banks clearly preferring a mild recession to runaway inflation,” also told AFP Bjarne Schieldrop, an analyst at Seb.