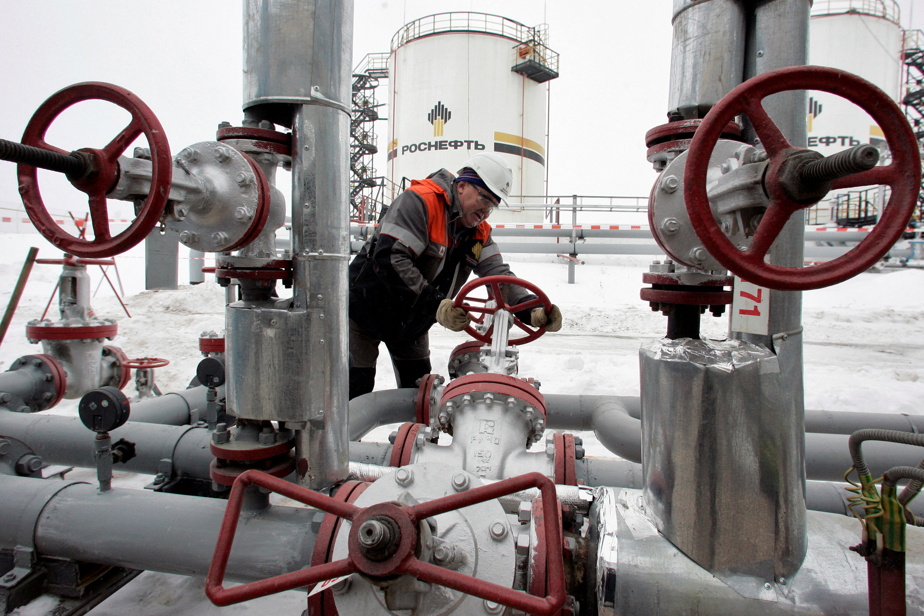 (Washington) Joe Biden announced on Tuesday that the United States will release 30 million barrels of oil from strategic reserves, half the amount decided on Tuesday by member countries of the International Energy Agency (IEA) with the objective of stabilizing the prices which soared after the invasion of Ukraine by Russia.

“The United States has worked with 30 other countries to unlock 60 million barrels of oil from reserves around the world,” the US president told members of Congress during his first State of the Union address.

“America will lead this effort, releasing 30 million barrels of oil,” he added, stressing that Washington was “ready to do more, if necessary.”

Earlier, the IEA had pointed out that the decision to release 60 million barrels of strategic reserves was a way of “sending a united and strong message to world oil markets that there will be no shortage of offer resulting from the Russian invasion of Ukraine”.

According to the latest weekly report from the US Energy Information Agency, the United States had 582 million barrels in its strategic oil reserves.

The IEA, based in Paris, was founded in 1974 to ensure the security of supply of developed countries following the oil crisis.

It has 31 members, including the United States, Japan and many European countries (Germany, Spain, France, Italy, United Kingdom, etc.).

Each country is required to hold emergency oil reserves equivalent to 90 days of imports. In the event of a supply problem, they can decide to release these stocks on the market within the framework of a coordinated action.

The price of a barrel of American WTI oil soared by almost 5%, and the barrel of Brent, the European benchmark for black gold, exceeded 110 dollars, pushed by the war in Ukraine and Western sanctions against Moscow.

The two black gold benchmarks thus reached new highs, at 108.64 dollars a barrel for West Texas Intermediate (WTI), and at 110.09 dollars for Brent.

The conflict in Eastern Europe comes when prices were already soaring due to insufficient supply and a strong recovery in demand around the world caused by the lifting of restrictions against the pandemic in many countries.

A meeting of OPEC oil producers, during which Russia will be present, will be held on Wednesday. The possibility of increasing production in order to temper the rise in prices will be discussed there, but the experts doubt that they will agree to open their floodgates widely.

For their part, the member countries of the IEA have a total of 1.5 billion barrels of reserves. Tuesday’s announcement thus covers the equivalent of 4% of these reserves, or 2 million barrels per day for 30 days.

This type of intervention by the countries of the IEA has already taken place three times in the past: at the approach of the Gulf War in 1991, after the destruction of oil installations by hurricanes in the Gulf of Mexico in 2005 and during supply disruptions caused by the Libyan civil war in 2011.

The IEA assured that it will continue to monitor the oil markets and will recommend, if necessary, to its member countries the use of “additional” quantities of oil from the emergency reserves.