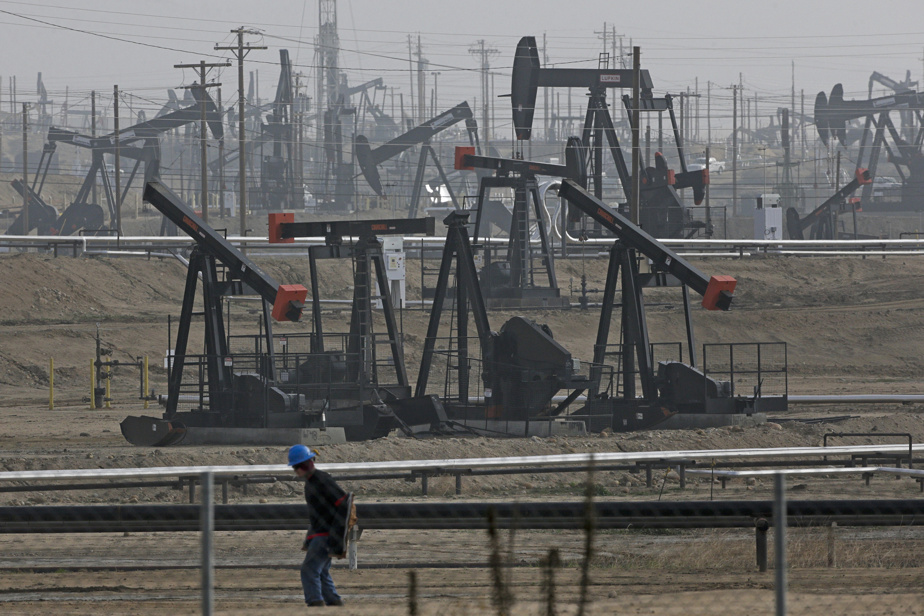 The price of a barrel of Brent from the North Sea for delivery in April, which gained more than 1.50% in the morning, reached equilibrium, at 96.84 dollars like the day before.

In New York, a barrel of West Texas Intermediate (WTI) for April delivery climbed 0.20% to 92.10 dollars after having recorded a rise of 1.63% in session.

Tensions around the crisis in Ukraine rose to a crescendo after the revelation of a “massive” cyberattack affecting official sites, such as that of Foreign Affairs, or banks.

Meanwhile, a Ukrainian soldier was killed on Wednesday by a shelling by pro-Russian separatists on the frontline in eastern Ukraine, the military said.

The European Union urgently convened a summit of leaders of the 27 EU countries on Thursday evening in Brussels.

Russia has promised a “strong” and “painful” response to the American sanctions announced by Washington after Moscow’s recognition of the separatist regions of Ukraine.

” It exists […] a risk that Russia responds to the sanctions by reducing its deliveries on its own”, advances Carsten Fritsch, of Commerzbank.

Russia is one of the world’s leading producers of gas and oil.

“Russia has always been a reliable supplier of oil, even at the height of the Cold War,” noted commodity analysts at JPMorgan in a note Wednesday.

“But if the market starts to think things can change and Russia might retaliate by cutting energy exports […]the price of Brent could reach $115 per barrel in the second quarter of 2022 and $105 in the third,” they estimate.

The oil market was also “caught between concerns about the loss of Russian oil and concerns about Iranian oil returning to the market,” said Chris Low, chief economist for FHN Financial.

Negotiations in Vienna have reached a “critical” stage and some “important” issues remain to be settled, said Wednesday the head of Iranian diplomacy, Hossein Amir-Abdollahian.

Reaching a deal could open the door to a possible return of Iranian oil exports.

Additional oil from Iran—whose market participation has been sharply reduced since 2018 and the reinstatement of U.S. economic sanctions by Donald Trump’s administration—should ease the supply situation in the oil market.

But according to Edward Moya of Oanda, “even if an Iranian nuclear deal is reached, it will take months to ramp up production.”