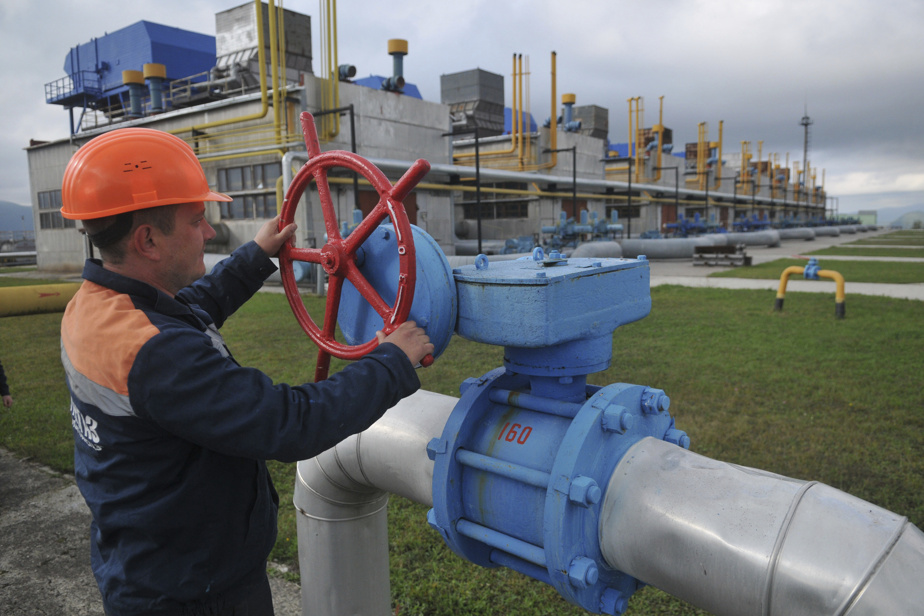 (New York) Oil prices rose again on Monday, pushed by the protracted conflict in Ukraine and the heavy sanctions which put pressure on Russian exports of black gold.

The price of a barrel of Brent from the North Sea for delivery in April, which was the last day of use as a reference contract, ended up 3.12%, at 100.99 dollars.

In Ukraine, fighting continued Monday, the fifth day of the Russian invasion, marked by the opening of talks between Ukrainian and Russian representatives.

“The Russian energy supply is at risk, whether because of a possible suspension by Russia in retaliation or sanctions,” commented Louis Dickson, an analyst at Rystad Energy.

Prime Minister Justin Trudeau announced on Monday that Canada would ban “all imports of crude oil” from Russia, “an industry from which President Putin and his oligarchs have greatly benefited.”

“Even though the sanctions have not yet had a direct impact on oil or gas purchases, buyers are reluctant to buy Russian oil,” said Andy Lipow of Lipow Oil Associates.

“Some banks refuse to give credit for these purchases and some shipowners no longer want to transport Russian oil”, for fear of sanctions, he continued.

Interviewed by AFP, a manager of a company that transports petroleum products explained, on condition of anonymity, that Russian exports could contract very soon.

“The system is under tremendous stress,” said the leader. The supply of credit, essential in the oil trade, is drying up, financial transactions with several Russian entities are now prohibited, and insurance premiums have soared.

For Andy Lipow, the market expects the Organization of the Petroleum Exporting Countries (OPEC) and its allies in the OPEC+ agreement to stick to its timetable, with a new hike of 400,000 barrels per day in April decided at the end of its meeting on Wednesday, which would be very insufficient to relieve the market.

But “after” this meeting, “there could be immense pressure on Saudi Arabia, the United Arab Emirates and Kuwait to use their capacities to the full”, according to him. The three countries are, in fact, the only ones within the OPEC+ group considered to have additional capacity at their current level of production.