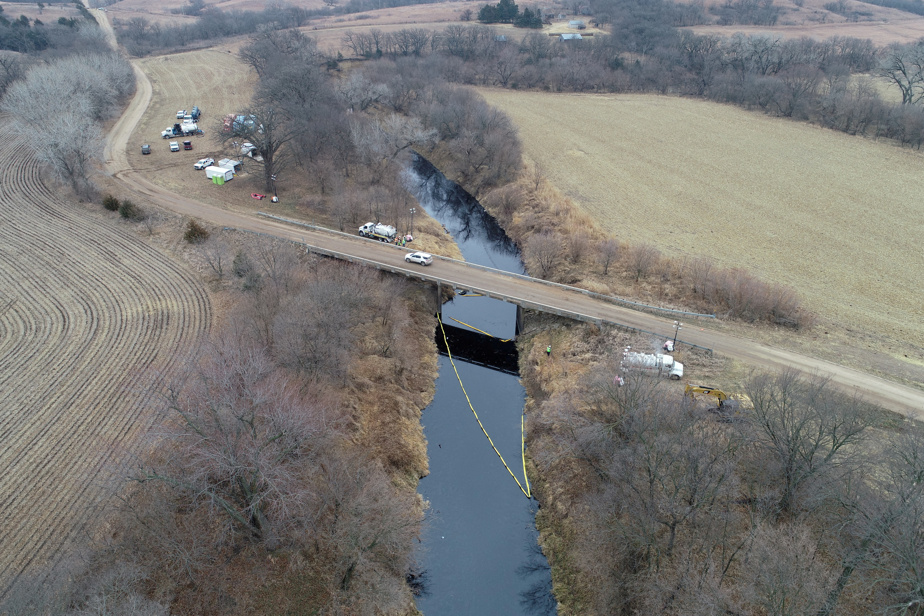 (New York) Oil prices rose for the third consecutive session on Wednesday, spurred on by higher consumption forecasts for next year and the shutdown of an extended North American pipeline.

The price of a barrel of Brent from the North Sea, for delivery in February, appreciated by 2.50%, to close at 82.70 dollars.

As for the price of a barrel of West Texas Intermediate (WTI), with maturity in January, it also gained 2.50%, to 77.28 dollars.

For Mark Waggoner of Excel Futures, the surge in prices is mainly attributable to the suspension of the Keystone pipeline, which normally carries around 600,000 barrels every day from Canada to the United States.

It was rumored on Wednesday that TC Energy, the Canadian operator of Keystone, was to communicate new information on a possible return to service of the pipeline, which was closed on December 7 after a leak, the largest in the States. United for almost ten years.

Asked by AFP, TC Energy referred to the latest elements published on its site on Tuesday, which said nothing about a possible restart.

“The fact that we have no news is supporting prices, because it’s blocking significant quantities from getting to the Gulf of Mexico” for export, commented John Kilduff of Again Capital. “It keeps the market alert. »

For the analyst, black gold was also driven by the slight upward revision, of 100,000 barrels per day, of the estimate of world demand growth in 2023 from the International Energy Agency (IEA). , for a total of 1.7 million barrels per day.

Several analysts see the rebound in oil prices since Monday as a short-lived momentum.

“Once the leak has been repaired, I expect prices to come back down as the market will once again focus on demand,” said John Kilduff.

The U.S. Energy Information Agency’s (EIA) weekly report on Wednesday showed demand for petroleum products in the U.S. was nearly 14% below its level a year earlier. same era.

“It’s the racing season for the end of the year celebrations,” insisted John Kilduff. “Usually, these weeks are equivalent to those of the summer season. »

For Craig Erlam, of Oanda, uncertainty about demand is heightened by the relaxation of health rules in China, which has caused the number of cases to soar in recent days.

On Wednesday, the Chinese National Health Commission (NHC) indicated that it would no longer publish a figure for new asymptomatic cases, while it had done so far daily.