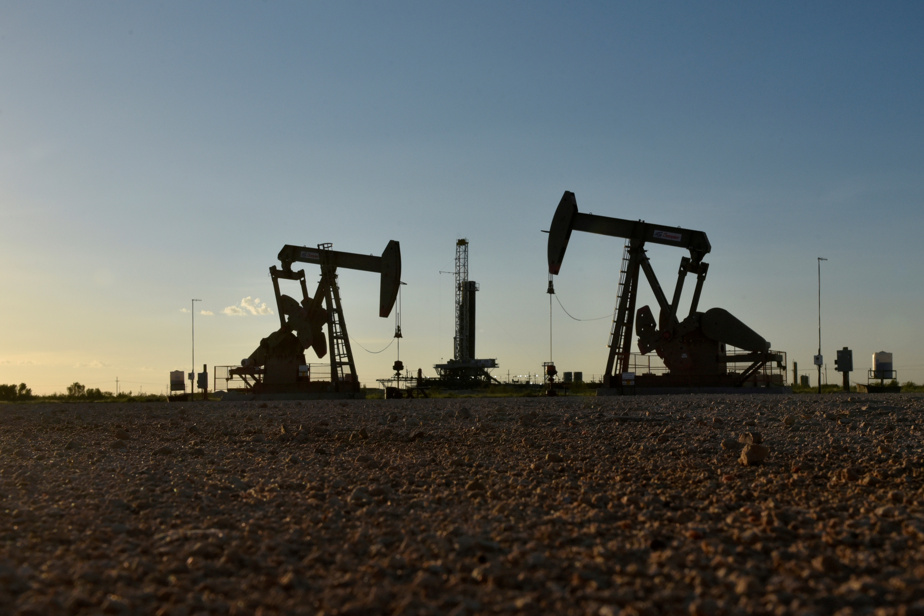 (LONDON) Oil prices jumped on Monday after new sanctions against Russia, spurred by the war in Ukraine, as investors’ fears of a disruption in oil supplies grew.

In New York, a barrel of West Texas Intermediate (WTI) for April delivery climbed 5.11% to 96.27 dollars.

Russia is the second largest exporter of crude oil in the world.

Earlier in the session, the price of a barrel of WTI had jumped by more than 6% and Brent by more than 5%, the two references evolving above the symbolic threshold of 100 dollars per barrel.

Russian President Vladimir Putin announced on Sunday that he would put the Russian army’s “deterrent force” on alert, which may include a nuclear component.

“The strong price increases are due to the sanctions imposed on Russia by the West, which were further strengthened considerably this weekend,” says the analyst from Commerzbank.

Western allies plan to exclude many Russian banks from the Swift interbank platform, a key cog in global finance.

“Russia could retaliate to these harsh measures by reducing, or even completely suspending, its energy deliveries to Europe,” Fritsch said.

This new volley of sanctions “could eventually interrupt the gas supply to Europe and lead to dangerous economic consequences for the continent and the rest of the world”, also warns Hussein Sayed, analyst for Exinity.

Shortly after the opening, the benchmark market for natural gas in Europe, the Dutch TTF (Title Transfer Facility), soared by more than 35% to reach 128 euros per megawatt hour (MWh). Around 5:30 a.m., the TTF was trading at 108.04 euros per MWh.