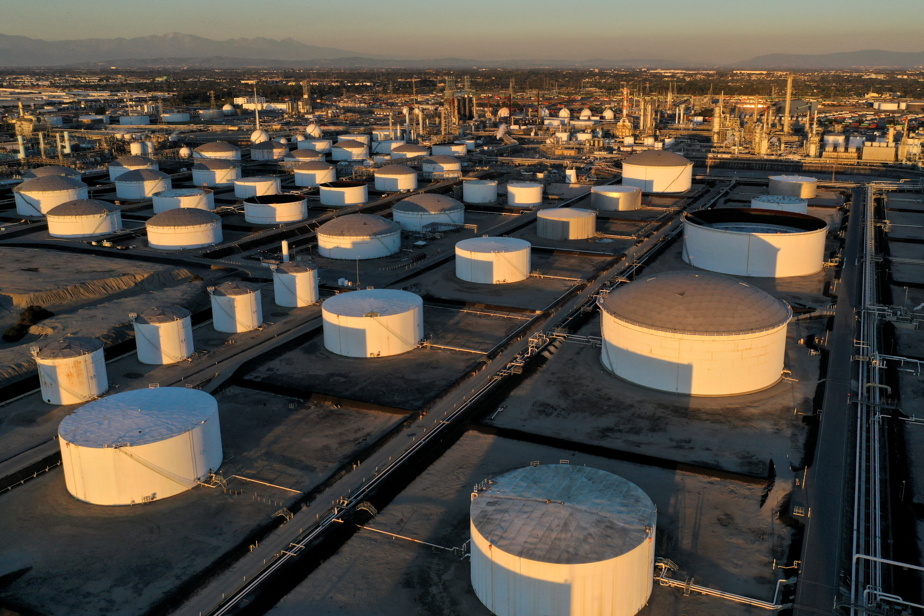 (London) Oil prices fell sharply on Monday, driven by potential progress in negotiations between Ukraine and Russia, but also by the confinement of Shenzhen, the technological center of southern China.

Oil “is down […] this morning, as tangible progress was reported in the negotiations between Ukraine and Russia over the weekend,” comments Tamas Varga, analyst for PVM Energy.

A new session of talks between Russian and Ukrainian officials is being held on Monday morning, under more positive auspices than the previous ones, even if the conflict has spread in recent days to western Ukraine, on NATO’s doorstep. .

Ukraine said on Monday it would demand an immediate truce and the withdrawal of Russian forces.

“The rush to replace Russian barrels is in full swing, but immediate availability is limited”, the supply on the market remaining tight, adds the analyst.

Circumstances remain conducive to price fluctuations, “given fears that OPEC countries” (the organization of petroleum producing countries and their allies) will not be able to easily increase supply,” explains Susannah Streeter, analyst for Hargreaves Lansdown.

Despite very modest increases in their total black gold production targets, the alliance regularly fails to meet its quotas.

In addition, the 17 million inhabitants of the city of Shenzhen, the technological center of southern China, were placed in confinement on Sunday after the report of epidemic outbreaks linked to the neighboring territory of Hong Kong, where COVID-19 is spreading. havoc.

A situation that has “contributed to lowering the price of oil, as demand may be affected by the decline in Chinese economic growth”. Investors “expect massive shutdowns to hit the economy again,” says Susannah Streeter.

“There are growing concerns that other cities will follow suit to comply with the country’s strict zero COVID-19 policy,” she continues.