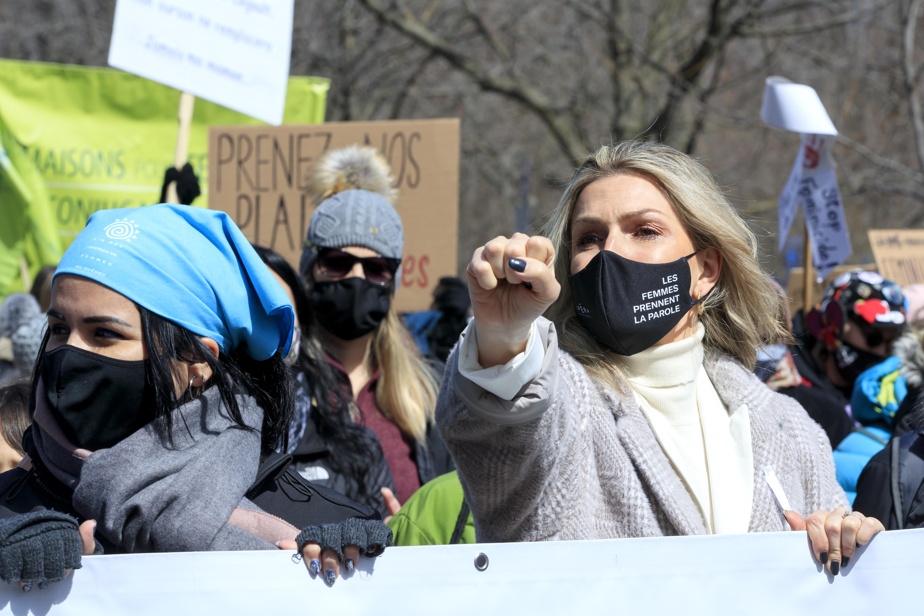 If “giant steps” have been taken in the fight against domestic violence in Quebec in 2021, there is still work to do.

This is the observation drawn up on Wednesday by the Regroupement des maisons pour femmes victims de violence conjugale (RMFVVC), a year after the monster mobilization of April 2, 2021, where 22 marches had been organized in as many cities of Quebec to denounce the violence experienced. by women and demand government action, following eight femicides in just eight weeks.

Last year, 17 women and two children were killed by a violent spouse or father. An unprecedented wave of feminicides, in the midst of the COVID-19 pandemic. Two alleged feminicides that occurred in 24 hours, one in Lebel-sur-Quévillon, the other in Sainte-Agathe-des-Monts, have already tarnished the year 2022.

“Major advances have been made in our laws, in our intervention and collaboration practices, and in the media coverage of domestic violence,” said Chantal Arsenault, president of the RMFVVC, in a virtual press briefing, after the broadcast of a video in which six women who have been victims of domestic violence speak.

“We are also seeing a much higher volume of calls in our shelters and shelters,” she added.

Among these advances are:

– major investments to improve the services of shelters and the setting up of rapid intervention cells;

– assessment of violent spouses in the justice system at the release stage;

– the creation of a telephone line where legal aid lawyers offer up to four hours of consultation to victims of violence;

– the increase in the number of prosecutors and police officers dedicated to situations of domestic violence and sexual violence;

– the installation of electronic anti-reconciliation bracelets to protect victims from their attackers.

According to Louise Riendeau, co-responsible for political files for the RMFVVC, all these measures should allow “a better landing” for the specialized court project, which stems from the adoption of Bill 92 tabled by the Legault government in September 2021.

“But, as we said, the work is far from over,” she continued.

In particular, the organization would like amendments to be made to Bill 15 reforming the Youth Protection Act and the reform of the Civil Code and family law, to better take into account the cumulative and coercive aspect of the various control tactics.

He also calls for affordable housing and financial assistance to allow women to leave violent spouses.

“We want better support for victims. We want to reduce delays. We want to take into account the impact that the violence has had on their ability to testify, ”listed Mr.me Riendeau, while recalling the importance of training all those involved, including the police and medical personnel, and of educating young people in egalitarian relationships: “No boy should any longer feel entitled to control his lover. No young person, girl or boy, should think that jealousy is a mark of love. »