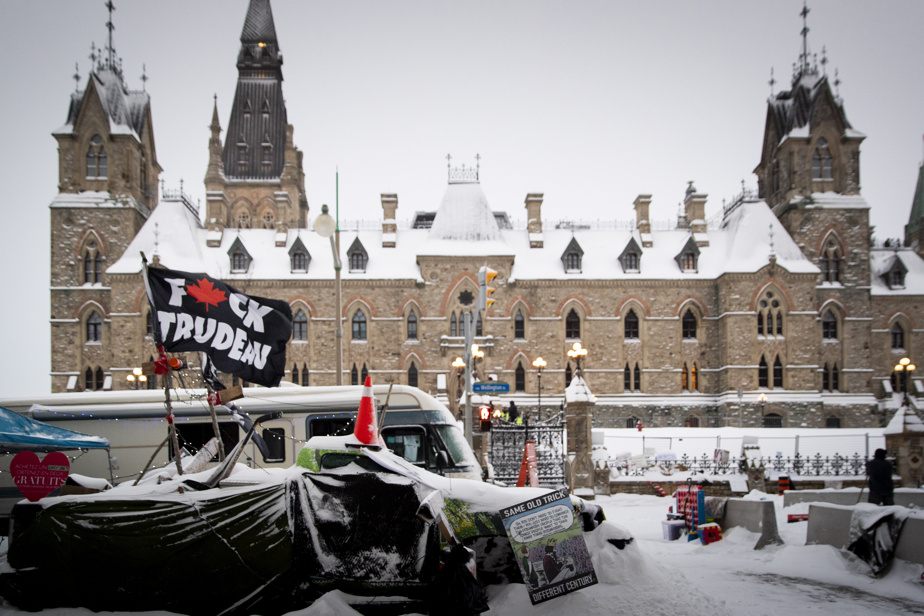 (OTTAWA) An Ontario court has extended until March 9 an order that freezes contributions to the “freedom convoy” that paralyzed Ottawa, pending proceedings toward a possible class action against the organizers.

Stakeholders in this case agreed on Monday to sequester part of the contributions and cryptocurrency that sympathizers had paid to the protest movement against health measures.

If the class action is successful, these sums could be redistributed to residents and businesses of Ottawa who claim to have suffered damages during these three weeks of occupation of the city center.

Norman Groot, the attorney representing some protest organizers said Christopher Garrah, Benjamin Dichter and Nicholas St Louis had agreed to escrow monies that are currently in their control.

Mr. Groot pointed out that the funds that MM. Garrah, Dichter, and St. Louis agreed to transfer to an escrow trust account that may not represent all of the cryptocurrency that has been donated to support their cause. The lawyer proposed that the parties meet next week to take stock of what has actually been transferred.

A escrow agent will oversee transferred funds and be authorized to change cryptocurrency passwords.

The class action lawsuit seeks the payment of $306 million in damages related to the anti-government protest around Parliament Hill. The occupation had blocked traffic in the area for three weeks, forcing businesses to close and subjecting residents to an almost incessant din of truck horns.