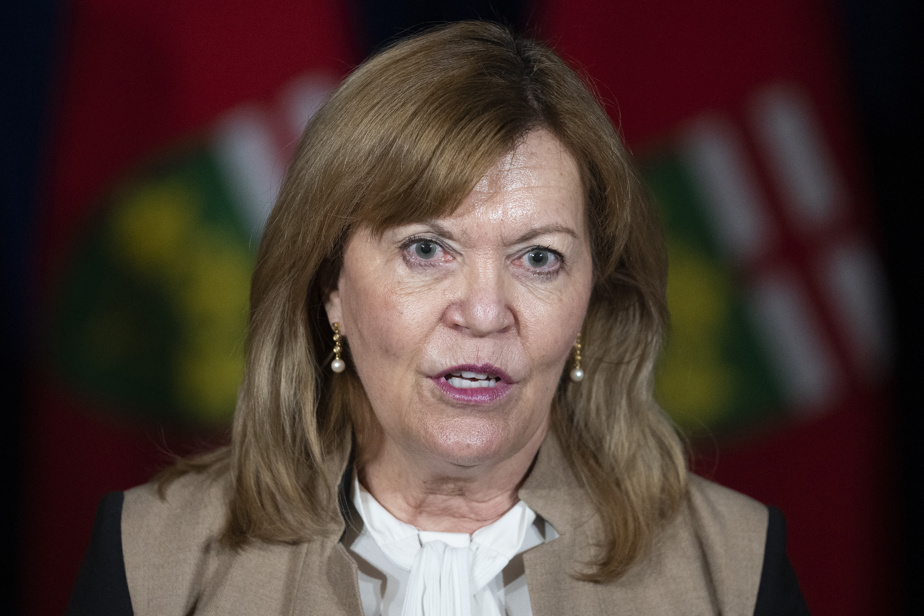 (Toronto) Ontario Health Minister Christine Elliott announced on Friday that she has decided, after “thorough consideration,” not to run in the June election, a decision that will deal a heavy blow to the re-election efforts of the Progressive Conservative government.

Mme Elliott, who has led Ontario’s fight against COVID-19 since the pandemic began, will remain health minister and deputy premier until the June 2 election. “I’m truly grateful for the path I’ve come in public life and can’t wait to see what the next chapter will bring,” she wrote in a statement.

Premier Doug Ford said Friday that Mr.me Elliott was not only a trusted colleague, but also a close and personal friend, as their families had been linked for decades. The late husband of M.me Elliott, Jim Flaherty, Stephen Harper’s former finance minister, had first served as a provincial deputy alongside Mr. Ford’s father.

“Christine has been by my side since the start of the pandemic,” Ford said in a statement. It remains critical to helping Ontario through one of the most difficult times in our province’s history, especially now as we continue to protect hard-won gains and ease public health measures. »

Mme Elliott has long been an important and beloved figure in Progressive Conservative politics in Ontario. She first entered politics in 2006, winning a by-election in Whitby, east of Toronto, when her husband, Jim Flaherty, left his seat to run for federal.

It was the first time in Canadian history that a husband and wife represented the same riding at the provincial and federal levels.

Mme Elliott had left politics for three years after losing the Progressive Conservative Party of Ontario leadership race in 2015 – one of his three attempts to lead the provincial party. The last time, in 2018, she narrowly lost to Mr. Ford.

The announcement of M.me Elliott comes shortly after another senior member of Mr Ford’s cabinet, Finance Minister Rod Phillips, not only said he would not stand for re-election but also resigned last month.

At least nine other Progressive Conservative MPs have announced they will not run again in June. In recent years, Mr. Ford had also lost seven other MPs, either demanding their resignation or kicking them out of caucus.

Jeff Yurek, who held multiple portfolios until he was ousted from the cabinet last year, also resigned his seat in February and said he would not run again.

An Independent MP, who was kicked out of the Legislative Assembly when MPs unanimously condemned his statements and behavior, said he would not run again. Randy Hillier had been elected four times under the Conservative banner, but was kicked out of caucus by Premier Ford. During the pandemic, Hillier had frequently posted misinformation about COVID-19 and conspiracy theories.

He had apologized, but the legislature again condemned him for what the government House leader said were racist and discriminatory statements about federal Transport Minister Omar Alghabra.