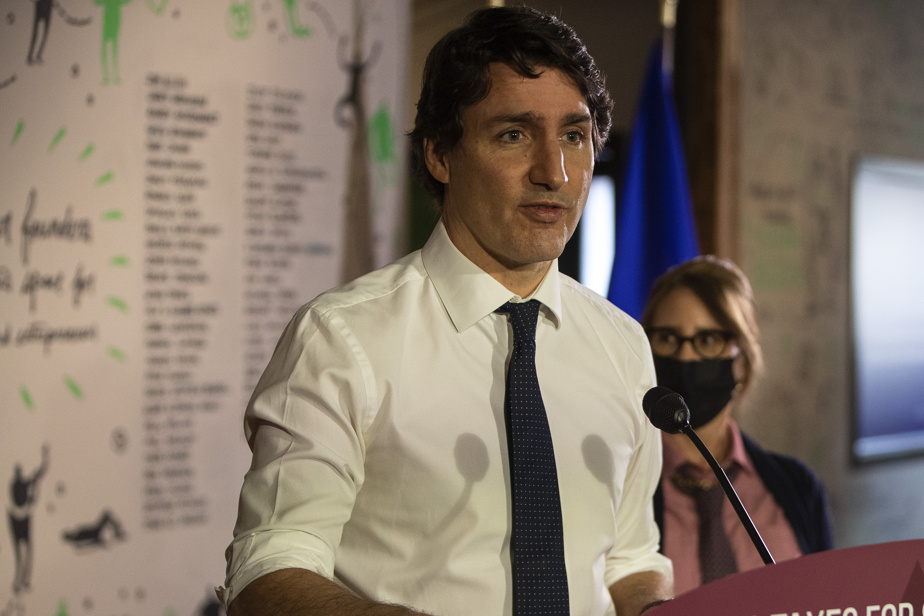 (Edmonton) Prime Minister Justin Trudeau openly criticized the Alberta government on Tuesday for failing to respond to the opioid crisis there in ways proven elsewhere. in the world.

“As a government, we continue to encourage the development of safe places to drink,” said Trudeau during his visit to the old Mercer warehouse, where he promoted his Liberal government’s budget program aimed at to ease the tax rules governing small businesses.

“It’s unfortunate that Alberta has chosen the other direction, away from science-based approaches and harm reduction. We know that municipal leaders, like here in Edmonton, are serious about helping people through this terrible tragedy.

“People can heal, it’s shameful not to recognize it,” wrote Eric Engler.

On Monday, a city council committee voted in favor of asking the city administration to study the possibility of decriminalizing the simple possession of illicit drugs and to issue recommendations on the subject early next year.

Last year, Alberta had its worst year for drug overdoses since it began collecting data on the issue in 2016. Government data shows that 171 people died in November and 178 others in December, which represents the worst months ever observed. A total of 1,758 people died of drug overdoses in Alberta in 2021.

Earlier Tuesday, Justin Trudeau shook hands with entrepreneurs whose offices are set up in the remodeled old warehouse. Several start-ups have established their quarters in this Edmonton incubator.

In talking with these entrepreneurs, the Prime Minister made a point of explaining his government’s objective of reducing the level of taxation of small businesses. A recent billion dollar announcement aims to create an independent federal agency for innovation and investment.

“Canada has some of the best scientists, thinkers, entrepreneurs and innovators in the world,” said Mr. Trudeau. But in order to bring these great ideas to market and help companies grow, they need support for research, development and especially marketing. »

Ottawa’s plan would allow businesses to benefit from low small business tax rates for longer until their taxable capital reaches $50 million. A major uptick from the previous limit of 15 million.

During his visit, accompanied by Calgary-area MP George Chahal, Mr. Trudeau also met with members of the Ukrainian and Afghan communities, in addition to visiting a nature-based solutions lab to showcase government investments in green technologies.

This article was produced with the financial assistance of the Meta Fellowships and The Canadian Press for News.