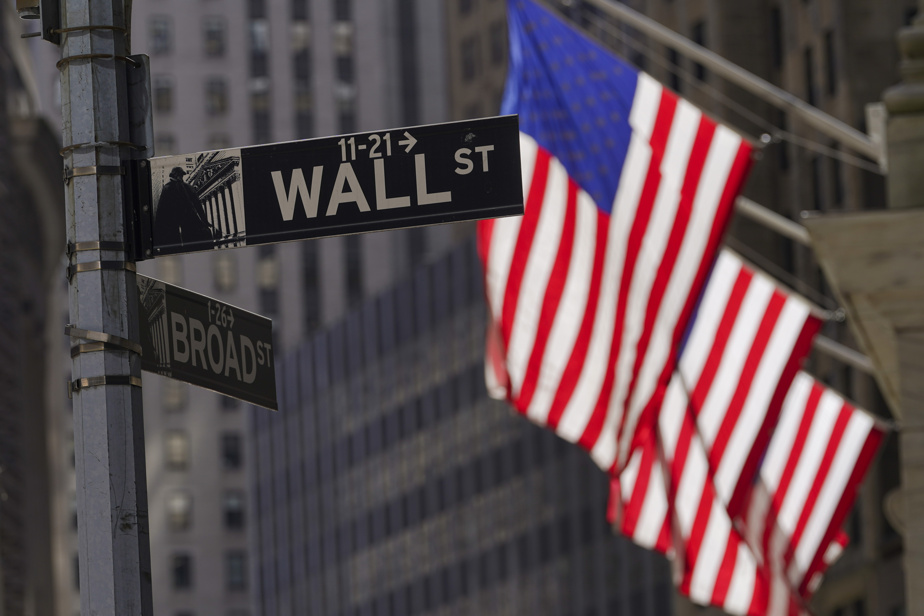 (New York) The New York Stock Exchange ended Monday on a strong rebound, driven by the technology sector, while an initial burst of bank results made investors optimistic.

After a hectic week for the financial markets, between stubborn US inflation and the disappointments of the pound sterling, the indices took advantage of better than expected banking results to raise their heads.

“It looks like we are starting to come out of the trough. I think investors are relatively optimistic about corporate results after several banks,” Maris Ogg, portfolio manager for Tower Bridge Advisors, told AFP.

“It’s probably a little premature because banks are one of the few sectors to benefit from rising interest rates anyway, but I think in the next few weeks we will know if the market has bottomed out.” , added the specialist.

She also pointed out that the recent fall in prices “has reached a point where there are now attractive valuations”, which in particular supported the technology sector.

On Monday, Bank of America reported better-than-expected quarterly revenue before the opening of trade, even though its profit fell, due to provisions set aside to prepare for a deterioration in the economic situation.

An approach that appealed to investors: the action took 6.07%.

In a wave of sympathy, JPMorgan, which also announced better than expected results on Friday while warning of economic difficulties to come, climbed 4.22%.

If – apart from the Beige Book of the American Federal Reserve (Fed) on Thursday – the calendar of economic indicators will be light this week, that of corporate results will enter the heart of the matter.

We expect a series of big names in technology such as Netflix, Tesla, IBM, as well as Johnson and Johnson, United Airlines or Procter and Gamble.

The market was not discouraged by manufacturing activity in the highly industrialized region of New York, which deteriorated again in October, and more than expected, according to the New York Fed’s Empire State index. It fell by 8 points, to fall to -9.1 points, signifying a sharp contraction in industrial activity.

Some like Andreas Lipkow, an independent analyst, saw it as a sign that the Fed might be asked to ease off on rate hikes, which may have put a smile on the markets’ face.

But for Maris Ogg, with an unemployment rate at a 50-year low in the United States, the Fed has all the flexibility it needs to tighten the screw and “get monetary policy back to normal”.

The stock market was also relieved by the U.K. government’s about-face regarding its budget plans.

“It’s clear that the financial markets like what they heard from Jeremy Hunt,” Britain’s new finance minister, said Patrick O’Hare of Briefing.com.

The energy group Continental Resources, which specializes in the production of shale gas, saw its stock rise 8.65% to almost match the price of its owner Harold Hamm’s offer. The billionaire intends to acquire the rest of the titles that the family does not own and withdraw the group from the rating. The company is valued at over $25 billion.

The Roblox video game platform, which had lost almost half of its value over the past year, soared almost 20% to $42.65 after announcing a sharp increase in daily players in September.

A gain of nearly 300 points on the Toronto Stock Exchange

The Toronto Stock Exchange closed on Monday with a gain of nearly 300 points, less than 48 hours before the release of Statistics Canada’s inflation data in September, while the major US indexes also rose.

The reversal of a series of tax cuts previously announced by the British government helped the pound rebound, he pointed out.

“It was the catalyst for positive sentiment globally,” Kourkafas said.

For earnings season in Canada, “investors will be watching the results of Canadian banks to gauge the health of the economy and consumers,” he continued.

Canadian inflation data for September will be released on Wednesday. Although recent inflation in the United States has been higher than investors had hoped, the release of data showing that inflation is slowing in Canada could translate into a lower than expected rate hike of the Bank of Canada’s share at the end of the month, Mr. Kourkafas estimated.

However, he still believes a 75 basis point hike remains an option, depending on inflation data and other factors.

The results of two surveys released Monday by the Bank of Canada, conducted among businesses and consumers, were consistent with the idea that the central bank has not finished raising rates, Kourkafas noted.

“In our view, we are starting to be closer to the end of the Bank of Canada’s tightening campaign than to its beginning. »