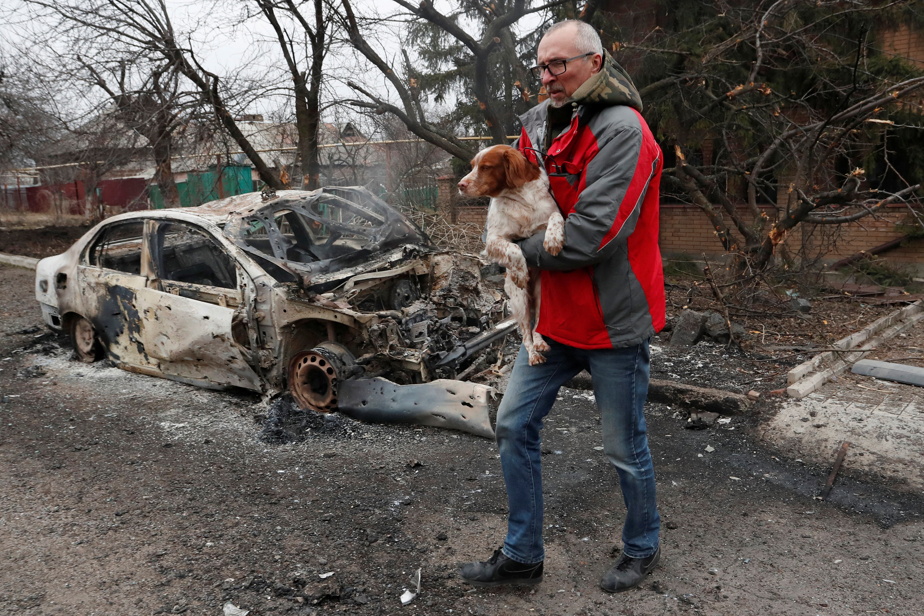 Among the heartbreaking images of Ukrainian civilians fleeing the fighting, many show families escaping with their pets at arm’s length. Anticipating the imminent arrival of refugees in Quebec, the non-profit organization Proanima declared itself ready to welcome and temporarily house their companions.

“Proanima offers to temporarily take care of the animals of the refugees, the time for them to find a more stable solution,” the organization said on Tuesday morning in a press release. Animal food will also be offered to those who need it, it is specified.

The NPO, which serves a vast territory on the South Shore of Montreal, has been working for 10 years in the management of stray or abandoned animals, while offering prevention and education services. This is the first time that Proanima has been able to provide support to refugees fleeing conflict. “We did not yet have the resources and the operation that we have today. Our mission is to help animals, but also their owners,” says Dorothée Pâris, communications coordinator. The organization relies on experience and the development of new services, offered for two years or more, to support people in difficult situations.

Support for refugee animals will be directed primarily to those arriving in the agency’s catchment area. “Anyone arriving in the province can still contact us so that we can give them the necessary resources and referrals. We could be an intermediary, if necessary,” says Ms.me Paris.

For its part, the Montreal SPCA also expressed its support for Ukrainian civilians and their animals, sometimes left behind in the run. “The SPCA is in communication with several international animal protection organizations specializing in emergency response and that we are closely monitoring the rescue operations for animals victims of war,” the organization said in a Facebook post on Monday. evening.

The Government of Quebec has already expressed its readiness to welcome Ukrainian refugees last week. It is not yet known how many of them could find asylum in the province. More than 660,000 people have already fled the Russian invasion to neighboring countries, the UN High Commissioner for Refugees said on Tuesday.