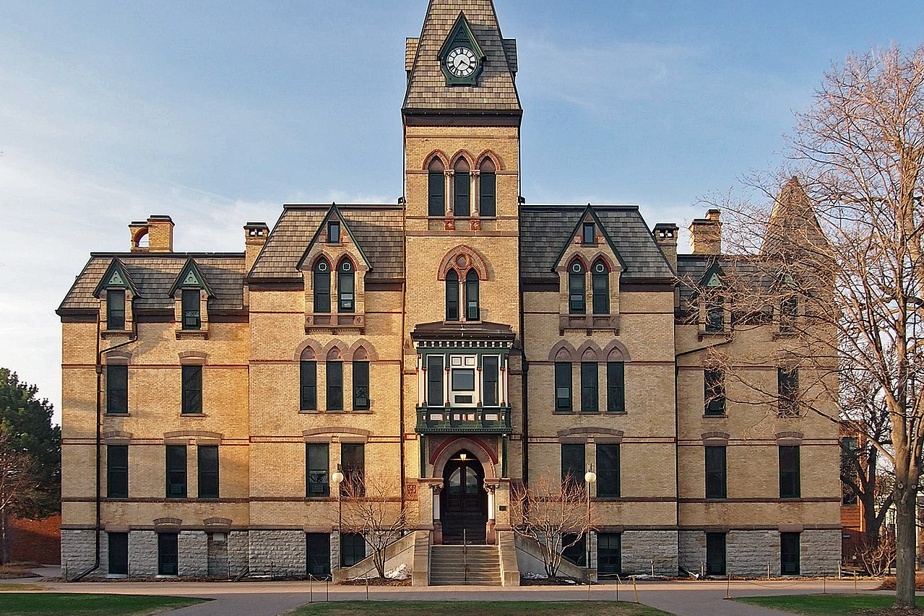 A fierce controversy is raging in the United States, where a university teacher lost her teaching load after showing paintings of the Prophet Muhammad from medieval times in an art history class. An act described as “Islamophobic” by the university.

The controversy began last October at Hamline University, located in the state of Minnesota, in the northern United States. Art history lecturer Erika Lopez Prater showed one of the oldest illustrations of Islamic history in the world in class, reported the New York Times. The image showing the Prophet Muhammad is found in a series of chronicles from the XIVe century made by Rashid-al-Din (1247-1318). Another painting from the XVIe century showing the veiled prophet was also displayed.

Knowing the sensitive subject – Islam, in its strict interpretation, prohibits any representation of the Prophet Muhammad -, Mme Lopez Prater had informed his students beforehand, inviting them to leave the room if they preferred not to be exposed to it.

No one opposed it. Then, at the end of the course, a student, president of the Muslim Student Association of the university, told him of her discomfort, before making an official complaint.

“I was like: ‘that can’t be true'”, testified this student at theOracle, the university’s student newspaper. “As a Muslim and a black person, I don’t feel like I have a place, and I don’t think I will ever find it in this community if its members don’t respect me, and if they don’t show me the same respect that I show them. »

Erika Lopez Prater’s course load was not renewed following the controversy, despite her apology.

“Respect for students observing the Muslim faith in this class should have supplanted academic freedom,” university president Fayneese Miller said in an email quoted by the New York Times.

The event was also described as “Islamophobic” by the university.

On January 4, the controversy left the walls of the establishment to find national resonance when the association for the defense of civil liberties FIRE filed a complaint with an American higher education council.

“If an art history professor cannot show college students a vital work of art for fear that offended students or group may have him fired, then there is no guarantee of freedom of education in this establishment and no commitment to higher education”, reacted for its part the Academic Freedom Alliance association in a letter to the university demanding the immediate reinstatement of Erika Lopez Prater.

A petition on the Change.org site in support of the academic and demanding an investigation has collected more than 7,600 signatures since December 24.

A taboo that has not always existed

The controversy is reminiscent of the case of Professor Verushka Lieutenant-Duval at the University of Ottawa, in October 2020. This teacher had also been suspended after having pronounced the word which begins with an N in front of a class of feminist art, sparking a pan-Canadian debate on academic freedom.

“The specificity in relation to the Ottawa affair is that here there is a religious dimension”, underlines Rachad Antonius, sociologist specializing in Arab-Muslim societies at the University of Quebec in Montreal (UQAM).

People who act in relation to their religion, for them, it’s absolute, it’s God. It makes their position non-negotiable.

In his view, the position of the student who filed the complaint echoes a more “conservative” ideology and the “extreme right” of Islam – or Wahhabism – which has been very present in the Muslim world for a fifty years. “One of the aspects of this ideology is that we absolutely must not make a photo or sculpture of the prophet, because it is idolatry, explains Mr. Antonius. And that this belief should not be publicly contradicted. »

However, the fact that paintings of the prophet have existed since medieval times shows that the taboo has not always existed in this way, affirms the specialist, who co-published a new work in January entitled Islam and Islamism in the West.

A vision shared by Muriel Gomez-Perez, historian and specialist in the Muslim world at Laval University. “These incidents are indicative of the lack of knowledge of the history of Islamic arts and of the rise and influence of Wahhabism from the 19e century and even more during the XXe century,” she said by email.

The representation of the Prophet is seen in particular in the Mogul and Ottoman arts, from the middle of the 13the century, from Andalusia to Persia, among the Ilkanid Mongols and among the Ottomans.

Muriel Gomez-Perez, historian and specialist in the Muslim world at Laval University

The problem, according to Antonius, is that adherents of the Wahhabi ideology not only want to impose this standard on themselves, but also on others. “That’s why the reaction of the university is shameful,” he asserts.

In France, a history and geography teacher was stabbed and then beheaded near his college in 2020 by a radicalized 18-year-old young man who accused him of showing caricatures of Muhammad in class.

The attack had upset a country already weakened since the beginning of the decade by a wave of jihadist attacks, and revived the passionate debates around freedom of expression, religion, secularism and the right to blaspheme.