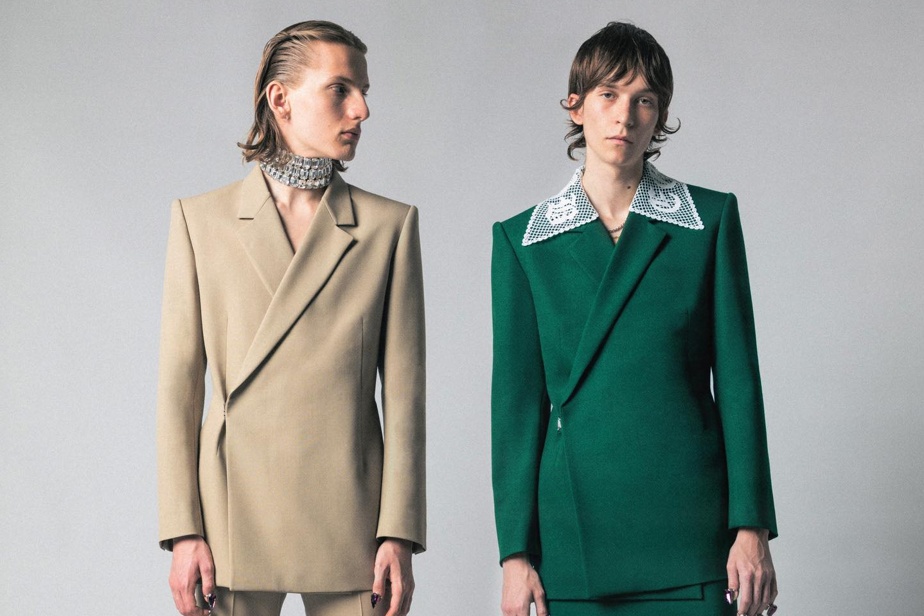 (Paris) The parades of young brands open Tuesday in Paris the Fashion week man, which returns to normal after more than two years of constraints linked to the health crisis.

For this Parisian week of men’s ready-to-wear, only eight houses out of 84 organize exclusively virtual presentations, the others having opted for physical events which are in many cases broadcast online.

“Physical presentations are essential for this profession, for fashion and creation. But there is this whole field of digital innovation that remains there” contributing to the “democratization of access” to fashion shows for the general public, comments to AFP Pascal Morand, executive president of the Haute Couture Federation. and fashion.

This will be the case for four brands that will parade on Tuesday from 4 p.m.

Bluemarble, a French brand created in Paris in 2017 by Anthony Alvarez, which offers colorful clothes between sportswear and well-cut suits, will open the ball.

Also on the catwalk, the French label Egonlab by Florentin Glémarec and Kévin Nompeix, who, under 30, joined Fashion Week in January with their urban-tech style to create “bridges” between generations and the Japanese brand. TAAK, a mixture of humor and elegance created in 2013 by Takuya Morikawa, a former employee of Issey Miyake.

Études, a collective at the crossroads of fashion and art, founded in 2012, will close this first day.

The first fashion week freed from COVID-19, the edition is marked by the return to Celine’s calendar by Hedi Slimane, one of the most influential men’s collection designers of recent decades.

His parade Sunday at 9:30 p.m. will close Fashion Week.

The lifting of pandemic restrictions marks the return to Paris and physical parades of American Thom Browne known for his creative and humorous shows, British rising star Craig Green who landed aliens in his first parade in Paris in January 2020 or of the Japanese house Issey Miyake which had presented its collections in videos or installations in Paris during the health crisis.

The Belgian Dries Van Noten is also returning to the parade, the choice made for several seasons by heavyweights like Dior, Louis Vuitton or Hermès.