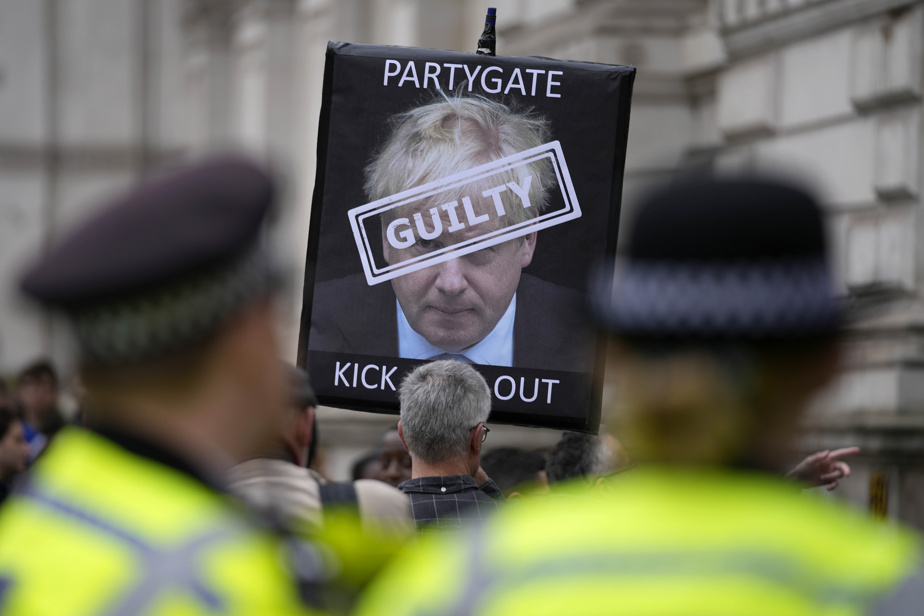 (London) Despite being fined for a birthday drink in breach of anti-COVID-19 restrictions, Boris Johnson looks like he could stay in the job for the short term. But the “Partygate” crisis is not over for the British Prime Minister, exposed to other sanctions and permanently weakened in public opinion.

After the exasperation with the incessant revelations about the parties organized in Downing Street by those who imposed strict confinements on the British, the revolt of the beginning of the year in the ranks of the Conservative Party, between calls for resignation, defection and conspiracy, is fallout.

For his closest allies, it would be futile to fire the Conservative leader for a surprise birthday drink of less than ten minutes between two meetings, a rally held on June 19, 2020 for which Boris Johnson was fined a few dozen euros. . According to The Sunthere wasn’t even cake and the beers were lukewarm.

Even for the most upset, this is not the time in the middle of the war in Ukraine to launch a race to replace him in Downing Street. Boris Johnson rode to the frontline of the Western response to the Russian invasion and was the first major power leader to visit Kyiv, delivering arms promises to Volodymyr Zelensky last weekend.

“Everyone is human, people make mistakes,” Transport Minister Grant Shapps told Sky News. “He didn’t intend to break the law, and he has an important job to do.”

Even symbolic, the punishment is yet unprecedented for a head of government in office, not to mention that he assured Parliament that he had not broken the rules.

From his country residence in Checkers, the Tory leader issued an apology. But “Boris Teflon”, who is not in his first storm in his career, has clearly indicated that he does not intend to leave on his own.

The Labor opposition, which is asking for his departure, cannot do much: the next legislative elections are scheduled for 2024.

The only Tory MP to break ranks, Nigel Mills deemed it “impossible” for Boris Johnson to stay in office after admitting to breaking a rule he himself had imposed on the British.

And on Wednesday night, Under-Secretary of Justice David Wolfson announced his resignation from government over the “scope, context and nature” of the partygate offenses.

In public opinion, the scandal plunged the popularity of “BoJo”, triumphing at the polls in 2019 with the promise of achieving Brexit. According to the YouGov institute, 57% of Britons think he should leave because of his fine.

Local elections are scheduled for early May and poor results could convince the majority to cut heads.

The fine announced Tuesday for Boris Johnson, as well as his wife Carrie and his finance minister Rishi Sunak, does not put an end to the “partygate”.

The police, who have already issued more than 50 fines, are continuing their investigations.

According to the press, the Prime Minister was present at five gatherings in addition to his surprise birthday: leaving drinks, an evening in his official apartment and a garden party on a sunny spring evening.

Boris Johnson “is clearly able to overcome situations in a way that other prime ministers would have been unable to, but he is not superhuman,” he told AFP. “At the end of the day, if it doesn’t seem able to win an election, the Conservative Party will take responsibility.”

Once Scotland Yard’s investigation is complete, senior civil servant Sue Gray is due to deliver a long-awaited internal report.

A first version, lightened so as not to interfere with police procedures, pinpointed “errors of leadership and judgment” in this case, pointing the finger at unjustified gatherings and the consumption of alcohol at work.

The final document will be “very important” for Tory MPs, Hannah White, an expert at the Institute for Government, told the BBC.

“It’s going to provide context, maybe contain evidence like emails […]. MPs will then have more evidence to decide whether the Prime Minister was credible when he said he felt he had not broken the rules.”