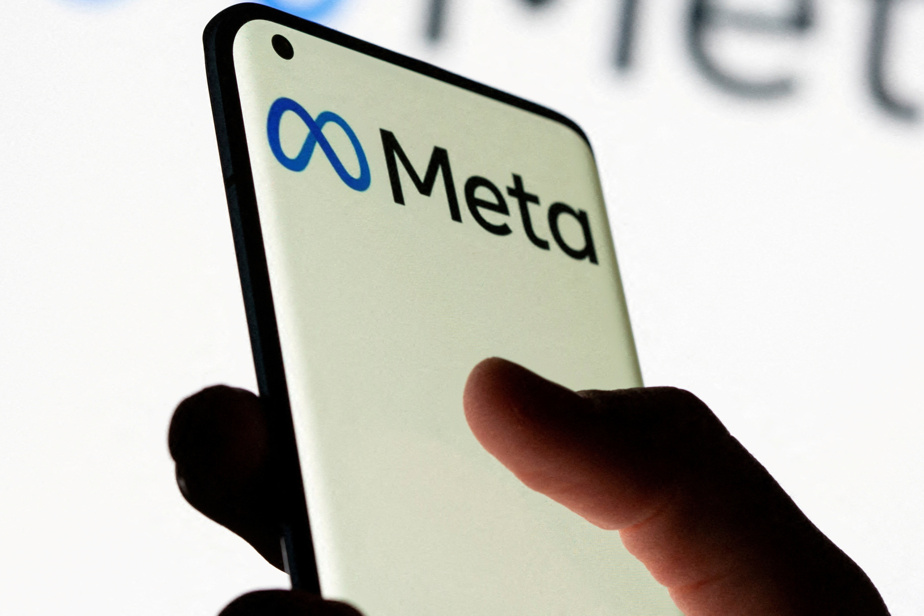 (Paris) The European personal data regulator adopted three binding decisions on Tuesday which could lead to large fines against the Meta group, accused by a privacy association of circumventing the regulations.

These decisions, which “address important legal issues”, have not been disclosed, according to a press release from the European Data Protection Board (EDPS).

But according to the wall street journalwhich cites sources familiar with the matter, this decision calls into question the legal basis on which Meta relies to monetize its Facebook, Instagram and Whatsapp platforms through advertising, and calls for a substantial financial penalty.

Once the decisions have been notified to the Irish Data Protection Authority (DPC), responsible for controlling the American group in Europe, it will have one month to present a new draft of sanctions.

For Meta, the decisions adopted on Tuesday are “not the final decision and it is too early to speculate”, a spokesman told AFP on Tuesday.

“The GDPR allows multiple legal bases under which data may be processed […]. None should be considered better than another,” he added.

According to the privacy association Noyb, the source of three complaints against the group, Facebook has claimed since the entry into force in May 2018 of the General Data Protection Regulation (GDPR) that the processing of data of its users, including for advertising purposes, is essential for the proper functioning of its services.

“Facebook is trying to deprive users of many GDPR rights by reinterpreting consent as a simple civil law contract”, which does not allow you to refuse targeted advertising, accused its founder, the Austrian lawyer Max Schrems.

This decision is “a blow to Meta’s profits in the EU. Now you have to ask people if they want their data used for ads or not. […] This decision also guarantees a level playing field with other advertisers,” he added in a new statement on Tuesday evening.

If the decision of the EU is upheld “it will have a considerable impact on Meta’s revenues in Europe”, abounds Debra Aho Williamson, analyst at Insider Intelligence. “Its ability to use information about the activities of its users on its platforms, to sell personalized advertisements, will be severely handicapped”.

In France, in 2022, the advertising revenue of the Californian group should plunge by more than 10%, to 2.19 billion dollars, according to figures from this specialized firm. The company is suffering in particular from inflation and also from regulatory changes imposed by Apple on iPhones, which already limit the collection of personal data.

“Europe is already the region where Meta suffers its greatest losses in users and revenue”, specifies the analyst.

“Months or even years”

“But Meta will fight vigorously to defend its business, and it could be months or even years before (the European decision) has a tangible impact,” she said.

In October 2021, the Irish authority had proposed a draft decision which validated Facebook’s choice and suggested a fine of 26 to 36 million euros for lack of transparency.

The French Cnil and other regulators had expressed their disagreement with this draft sanction, deemed far too weak, and had asked the EDPS to judge the dispute.

According to the Politico site, which consulted financial documents, the Meta group has provisioned 3 billion euros for possible European sanctions in 2022 and 2023.

The Irish Constable has already sentenced him in September to a fine of 405 million euros for failures in the processing of minors’ data, and in November to the tune of 265 million euros for not having sufficiently protected the data of its users.

In France, the Cnil, guarantor of the protection of privacy on the internet, had sentenced him in January 2022 to a fine of 60 million euros for his practices in terms of Cookiesthese digital tracers used to better target advertising.