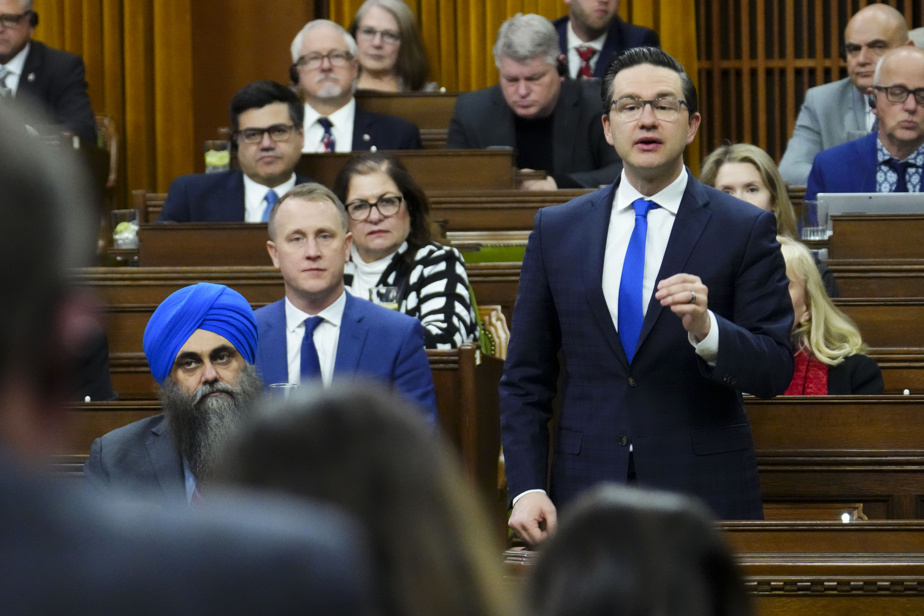 (Ottawa) If he wants to win the next federal election, Conservative leader Pierre Poilievre will have to seduce and convince the cultural communities living in major metropolitan areas such as Montreal, Toronto and Vancouver.

If there is one point on which everyone agrees within the Conservative troops, it is this one. But can Mr. Poilievre succeed where Andrew Scheer and Erin O’Toole failed?

This is Arpan Khanna. The Conservative leader is counting on this Toronto lawyer, who had co-chaired his campaign during the leadership race, to coordinate his strategy aimed at the communities.

Mr. Khanna was once a political adviser to Jason Kenney, the Conservative who has arguably established the most connection between cultural communities and the party. His efforts contributed to Stephen Harper’s majority victory in 2011.

The Toronto lawyer does not hesitate to compare the two men. He sees in Pierre Poilievre an identical desire to attract cultural communities into the Conservative fold.

Mr. Poilievre wants to steal a page from Jason Kenney’s book by searching through his heart. “He really tries hard. He understands the importance of this issue,” says Mr. Khanna.

“Even recently, we were in a courtyard for a barbecue evening. There were about 100 people from the Tamil community. We talked about their problems,” says the lawyer.

Mr. Poilievre takes up the pilgrim’s staff every weekend.

He is often accompanied by his two assistants: Melissa Lantsman, the first openly lesbian Conservative MP, who is of Jewish origin, and MP Tim Uppal, a Sikh who was a minister under Stephen Harper’s last government.

He promoted to the important position of parliamentary finance critic, Jasraj Singh Hallan, who emigrated to Canada when he was still a child.

Mr. Poilievre likes to tell stories of Canadians like Mr. Hallan to promote his vision of the Canadian dream.

“It doesn’t matter if your name is Poilievre, Patel, Martin or Mohamed,” he said in a video. If you’re willing to work hard, contribute, play by the rules, raise your family, you can achieve your dreams in this country. »

The Conservative leader often points out that he married an immigrant. His wife Ana is a Venezuelan refugee.

Tenzin Khangsar, a former member of Jason Kenney’s cabinet when the latter was immigration minister, believes Mr. Poilievre wants to set an example for his caucus and the whole party. “Frankly, he wants to show Canadians that this is a priority for him. This is not something that will be content to do during an election campaign”, he underlines.

And if showing off is the first step, the next is to propose policies that will interest the cultural communities.

So Mr. Poilievre promised to convince the provinces to speed up the recognition of foreign credentials. He also denounced the government obstacles that prevent immigrants from prospering in Canada.

“We need these values ​​to build the Conservative Party of tomorrow. »

Several conservatives believe that the party’s strategy towards immigrants cost them the election in 2015. At the time, the party advocated measures such as the refusal of the niqab during citizenship ceremonies and the establishment of a telephone number to denounce alleged barbaric cultural practices.

Mme Both Lantsman and Mr Uppal issued an apology for supporting the niqab ban. Mr. Poilievre defended this measure by simply saying “a person must show their face when taking the oath during a citizenship ceremony”.

An internal study of the 2021 defeat indicates that cultural communities still had a poor image of the Conservative Party.

Andrew Griffith, a former director general in the Citizenship and Multiculturalism Branch of the Department of Citizenship and Immigration, predicts that the Conservatives will avoid attacking the immigration targets of the current federal government for fear of to be accused of xenophobia.

According to him, the party is not against immigration, despite what its base may have thought of it in the past.