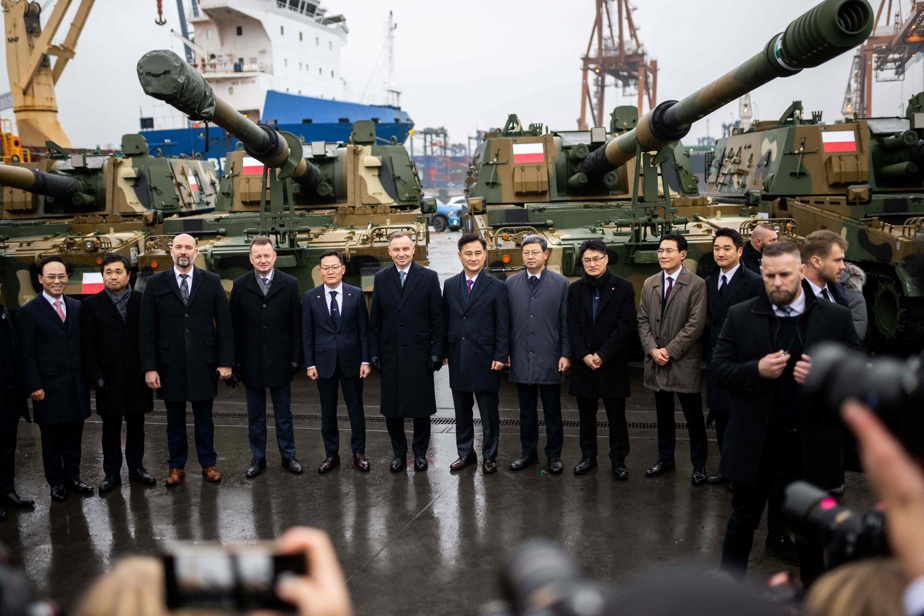 A member of NATO and the EU, a neighbor of Ukraine, but also of the Russian enclave of Kaliningrad, Poland has markedly accelerated its arms purchases.

This equipment “is necessary to prevent a possible aggression”, declared Polish President Andrzej Duda, during a ceremony organized in the port of Gdynia, in northern Poland, where the first tanks and howitzers arrived by boat.

In July, Poland had signed a framework agreement with the manufacturer of K2 tanks, Hyundai Rotem, relating to a total of 1000 machines, including their K9PL version co-produced with the participation of Polish companies.

Another framework agreement signed by Poland with the South Korean company Hanwha Defense provides for the delivery of 672 K9A1 self-propelled howitzers, including their co-produced K9PL version. The binding agreement is for 212 howitzers of the K9A1 version, to be delivered between 2022 and 2026, valued at $2.4 billion.

A first delivery of 18 of these rocket launchers, which will be mounted on Polish Jelcz chassis, as well as their ammunition, will arrive in Poland in 2023.

As part of this purchase, several orders will be placed with Polish companies, including command, technical support, ammunition transport and technical evacuation vehicles.

According to the Polish Ministry of Defense, the purchase of South Korean systems does not affect the Polish order for similar American HIMARS systems which are to be delivered to Poland from 2023.

According to the specialized portal Defense News, the South Korean contracts taken together make Poland the most important buyer of South Korean armaments in Europe.