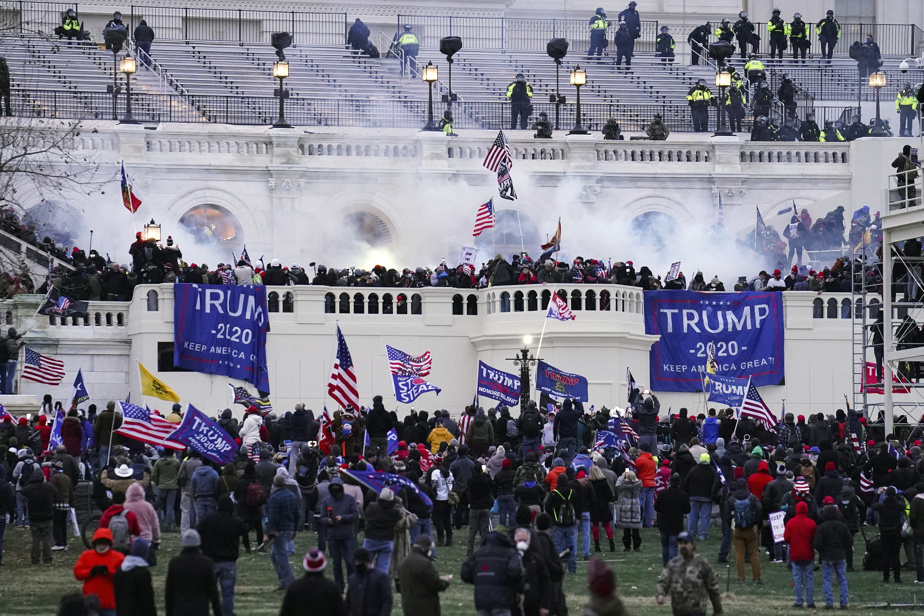 (Washington) Two years after the attack on the Capitol, American police are still looking for 350 participants, as well as a person suspected of having planted homemade bombs near the headquarters of Congress the day before the assault.

More than 950 people have been arrested in the past 24 months, Justice Secretary Merrick Garland said in a statement released Wednesday, two days before the second anniversary of the coup.

More than a third have already been tried on charges ranging from simple ‘trespassing’ to ‘sedition’, and 192 have received prison sentences, according to a separate statement from the Washington federal prosecutor who oversees this sprawling investigation.

However, “our work is not finished”, and “we remain determined to prosecute all those who are responsible for the assault on our democracy”, added Merrick Garland.

The federal police are in particular seeking to identify 350 people suspected of having committed violence in the Capitol, including 250 against police officers, and once again asked for the public’s help on Wednesday.

In addition, the FBI quintupled the reward, increased from 100,000 to half a million dollars, for any information leading to the arrest of the person who planted a homemade bomb, on the evening of January 5, 2021, near the seats of the Republican parties. and Democrat.

These never exploded and may have only been intended to keep police away from the Capitol just before the assault.

” We hope that [cette nouvelle prime] will encourage the public to look again at the photos and videos of the suspect,” the federal police wrote in a statement. These show an individual who is difficult to identify because he is wearing a hood, a mask, glasses and gloves.

On January 6, 2021, several hundred supporters of Republican President Donald Trump had sown chaos and violence in the Capitol, when elected officials certified the victory of his Democratic rival Joe Biden in the presidential election.

For now, the prosecution has focused on those who participated directly in this attack, which shocked the whole world, but the Department of Justice is also investigating the responsibility of Donald Trump and his relatives.

Since his declaration of presidential candidacy in 2024, a special prosecutor has been appointed to independently supervise the investigations concerning him.