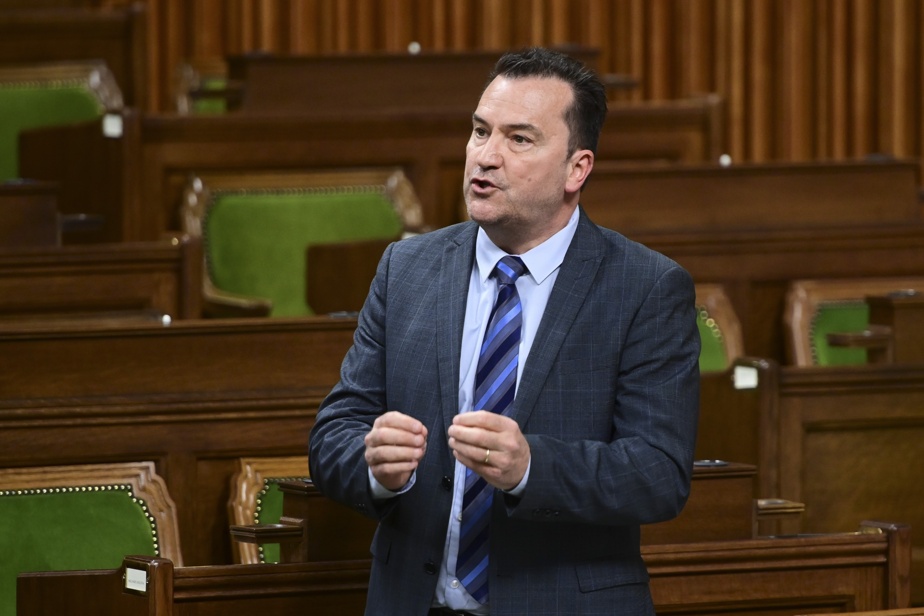 The Bloc Québécois intends to “force” this week the House of Commons to decide on the political weight of Quebec, which it considers “in danger” with the proposal by Elections Canada to withdraw a seat from the province.

“From the second we tolerate this weakening, we reduce the political weight of Quebecers. And that is very dangerous, because we would be heading in a direction not taken since 1966. It could be the start of a slide that would cause Quebec to lose power, “explains to The Press Bloc Québécois parliamentary leader Alain Therrien.

His party intends to take advantage of an “opposition day” scheduled for Tuesday, which allows the parties represented to choose the motion that will be debated with the government, to submit the issue to a vote in the House. “We want to show that, for us, it will be the workhorse, the priority”, supports the bloquiste.

Federal elected officials will have to say whether they believe – yes or no – that “any scenario of redrawing the federal electoral map which would have the effect of causing the loss of one or more electoral districts in Quebec or of reducing the political weight of Quebec in the House of the communes must be rejected”.

After a debate, the vote will take place on Wednesday. The Bloc is thus seeking to “hinder” the current redistribution process, but also to “accelerate” its challenge, already crystallized by the tabling of a bill aimed at protecting Quebec’s political weight, at the beginning of February.

According to calculations by the Director General of Elections Canada, Stéphane Perrault, the number of seats in the Commons should increase from 338 to 342 by 2024 if we want to take into account changes in the Canadian population. Ontario and British Columbia, which hold 121 and 42 seats respectively, are expected to get 1 more each. Alberta, which has 34 seats, should get 3 more. Quebec should in principle lose 1 of its 78 seats, because its population is growing at a slower rate than the average.

But according to Alain Therrien, this calculation does not hold water, in particular because Quebec is not a “province like the others”. “Just last year, the Chamber recognized Quebec’s special status as a French-speaking nation. That means that what is good for a province is not necessarily good for Quebec,” he maintains.

In recent months, this new distribution of seats had provoked strong reactions. The Legault government had stepped up to the plate, while the Conservative Party, the New Democratic Party and the Bloc Québécois had affirmed that Quebec could not lose a seat. Justin Trudeau, he was content to say that it was for the moment a recommendation from Elections Canada.

“We think we have a chance of winning this vote. It takes the other two opposition parties with us or the Liberals. And if the Liberals go against Quebeckers, it will be embarrassing for them,” concludes Mr. Therrien.

With the collaboration of Joël-Denis Bellavance, The Press