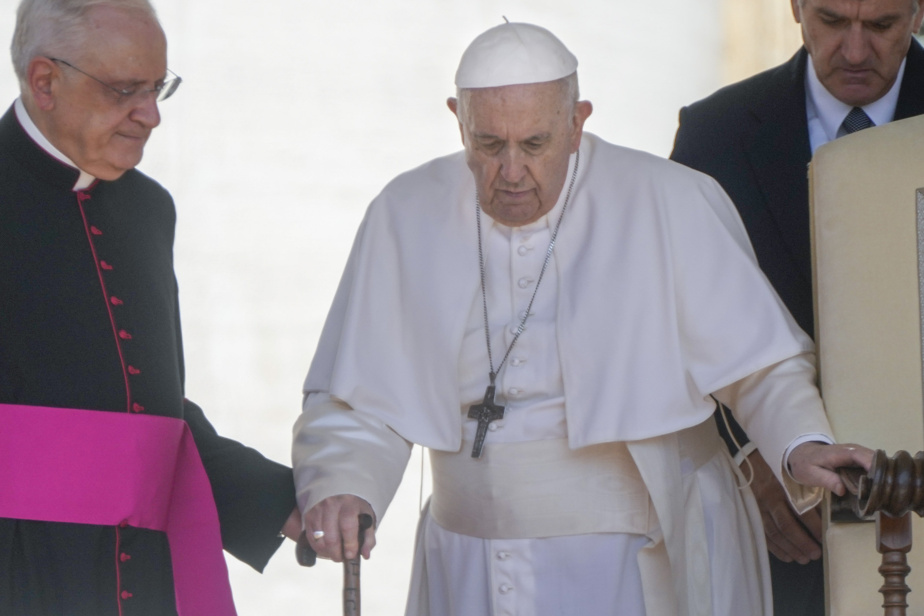 (Rome) Pope Francis revealed in an interview published on Sunday that shortly after being elected in 2013, he wrote a letter of resignation in case medical problems prevented him from carrying out his duties.

Speaking to Spanish newspaper ABC, the head of the Catholic Church said he gave the note to Cardinal Tarcisio Bertone, who was then the Vatican’s secretary of state. The pontiff said he presumes that the prelate currently occupying this important position in the Vatican, Cardinal Pietro Parolin, now has the written instruction.

Pope Francis, who turned 86 on Saturday, underwent surgery in 2021 to repair a narrowed intestine and was hampered by knee pain that forced him to use a wheelchair for months. Lately, he was seen with a cane to move around in public.

Asked what happens if health problems or an accident suddenly leave a pope unable to do his job, and whether there should be a rule for such cases, Pope Francis replied: “In practice there is already has a rule”.

“I have already signed my renunciation,” he revealed, specifying that he did so upon his accession to the papal throne.

“I signed it and said that if I become disabled for medical or other reasons, here is my resignation,” he said, referring to Cardinal Bertone, who resigned as secretary. of State in October 2013, in the first months of Francis’ papacy.

The pontiff joked that now that he has revealed the existence of his resignation letter, someone is going to rush to Bishop Bertone to ask him for “that piece of paper.”

Pope Francis said he was sure Bishop Bertone would have forwarded the letter to current Vatican City Secretary of State Pietro Parolin.

In his earlier remarks, the pontiff hailed the decision of his predecessor, Pope Benedict XVI, to resign because he felt that due to his advanced age he would not be better able to perform his duties. Benedict, who lives in a monastery on Vatican lands, was the first pontiff to abdicate in 600 years, and his resignation paved the way for Francis’ election as South America’s first pope.

In the interview, Pope Francis downplayed his mobility challenge. “We govern with the head, not with the knee. »

Catholic Church law requires that a papal resignation be “freely and properly manifested,” as was the case when Benedict surprised the world by announcing his resignation to a gathering of prelates at the Vatican in February 2013.