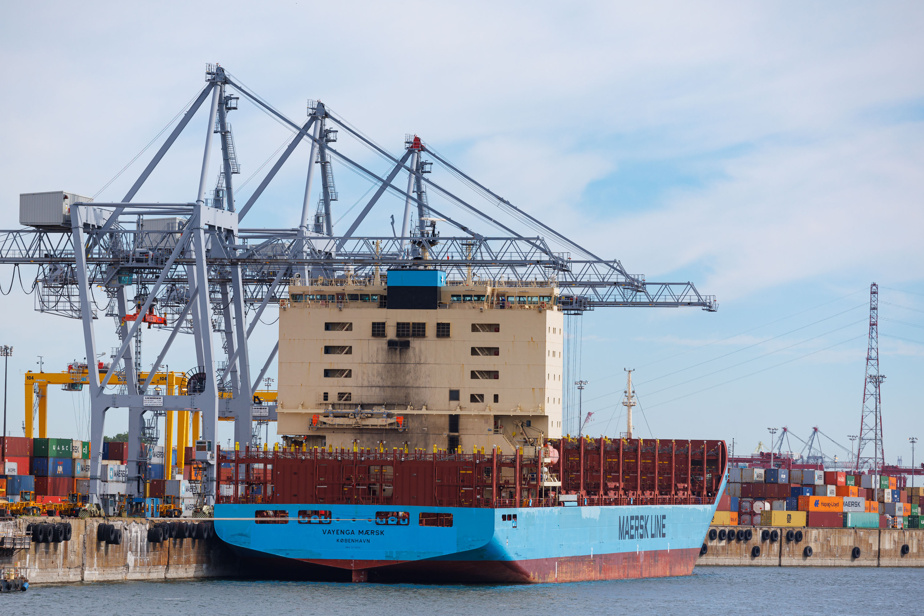 As the supply chain approaches its breaking point, the issue of labor relations at the Port of Montreal is about to come back into the spotlight. The stevedores’ employment contract, decided by an arbitrator, expires in one year. This is nothing to offer stability after the strikes of recent years, worry the actors who depend on maritime transport.

“I hope we’ll stop being slapped in the face,” says customs broker Pierre Dolbec, president of Dolbec International. We would like to have a positive signal from the parties [le syndicat et l’employeur]. Another labor dispute would be catastrophic. The supply chain is holding up, but the rubber band is stretched. »

Appointed in May 2021 after the adoption of a special law by the Trudeau government to force the approximately 1,100 stevedores of the Port of Montreal on strike to return to the docks, arbitrator André G. Lavoie ruled: retroactive to 1er January 2019, wage increases for workers will be 18% over five years and the collective agreement will expire on December 31, 2023.

The collective agreement for employees represented by the Canadian Union of Public Employees (CUPE), affiliated with the FTQ, expired at the end of 2018.

While Mr. Lavoie’s decision turns the page on a conflict, it also sets the stage for new negotiations between the Association of Maritime Employers (AEM) and the longshoremen, who have been at loggerheads for several years.

The arbitrator also issues a message to both parties. While he decides on the salary issue and other aspects such as disciplinary measures, he opts for the status quo with regard to certain points in dispute, in particular schedules and job security. In his view, these are issues that need to be settled in a negotiated manner.

“My role is not to rewrite the collective agreement,” indicated Mr. Lavoie twice, inviting CUPE and the MEA to “continue discussions in order to find arrangements that will allow them to achieve their respective objectives”.

His decision also reflects the gulf between the parties. The longshoremen wanted to relaunch negotiations immediately, while the Association requested a work contract valid until December 31, 2025. In addition, the arbitrator decreed an 18% salary increase over five years while the employer proposed 16 .75% for seven years (2025).

The union party wishes to present the decision to its members before commenting on it. In a message to members that The Press was able to consult, union president Martin Lapierre underlines the “exceptional work” of the last four years, without going any further. The MEA is also studying the decision.

“One thing is certain, we would have preferred more than a year of stability at the Port of Montreal,” commented the Association, in a statement sent to The Press.

CUPE and the MEA will have to relaunch discussions as the conclusions of a report from a national task force warned that the supply chain was approaching its breaking point. A major overhaul is necessary, the document pointed out.

In this context, the specter of a new labor dispute raises concern.

“We hope that the two parties will immediately implement measures to develop lasting relations in order to avoid a new labor dispute,” says the director of communications at the Montreal Port Authority (MPA), Renée Larouche.

In March 2021, the “strike episodes” as well as the “climate of uncertainty” had caused container sector volumes to decline by at least 10%, according to the APM. A labor dispute would once again harm the performance of the organization.

Currently, in the event of a walkout, the activities of longshoremen are not considered essential services. The Canada Industrial Relations Board, a quasi-judicial tribunal specializing in federal labor relations, ruled in this regard in June 2020 following a request from the MEA.

Among the employers’ associations, which represent a large number of businesses dependent on port activities, it is hoped to avoid the disturbances of recent years. Manufacturers and Exporters of Quebec (MEQ) and the Quebec Employers Council (CPQ) hope that the Trudeau government will monitor the situation closely.

“There were no labor relations in place at the port,” recalls MEQ President and CEO, Véronique Proulx. We think the federal government should start looking at the options now to avoid reliving what we saw in the past. »

CPQ President and CEO Karl Blackburn agrees. Mr. Blackburn and Mr.me Proulx hope that Ottawa will consider the notion of essential services at the port in the event of a conflict.

Monday afternoon, the office of the federal Minister of Labor, Seamus O’Regan, had not answered questions on this subject.

What is the Maritime Employers Association?

It is the employer of the stevedores, who load and unload the ships. The Association negotiates and administers the employment contracts of its members in Montreal, Contrecœur, Trois-Rivières, Bécancour, Hamilton and Toronto.

The conflict at the Port of Montreal in a few dates