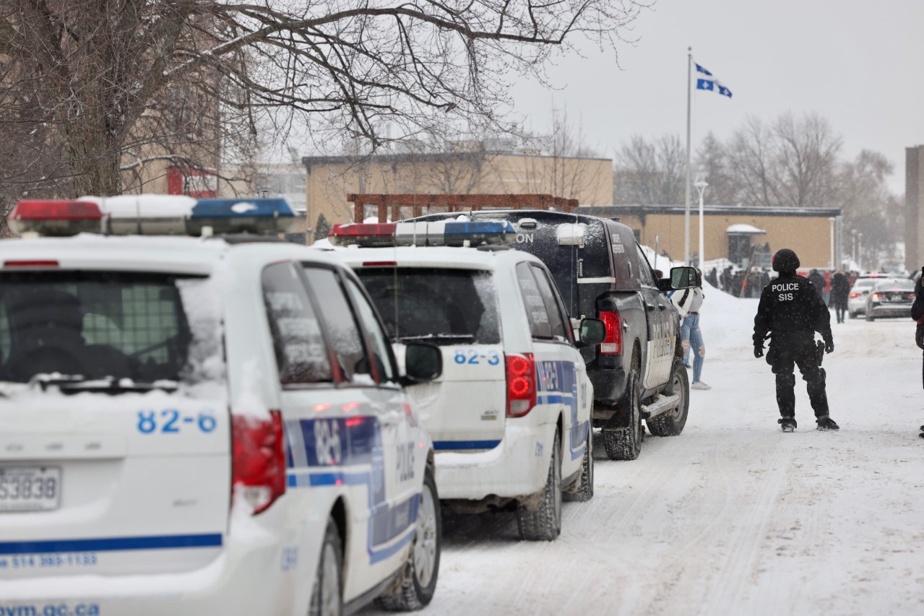 Cégep Marie-Victorin was completely evacuated Tuesday afternoon, in the borough of Rivière-des-Prairies–Pointe-aux-Trembles, after reports that a man carrying a weapon was near the establishment of ‘education.

“I was in the middle of a badminton game and a woman came running up and asked to speak to our teacher. I saw his face crumble. He got serious,” says student Yasmine Anarouche.

The teacher asked the students to stand in a corner of the gymnasium and went to lock the doors. “He told us someone had been seen with a weapon,” she said. About fifteen minutes later, their class was evacuated from the school, like the rest of the establishment.

The Service de police de la Ville de Montréal (SPVM) reports having received 911 calls concerning a man who was seen “with a firearm outside the CEGEP”. Other individuals were then with him, according to information transmitted to the police.

At one point, the group of individuals would have entered the CEGEP, without however uttering threats to the people there. “There is no one who saw them in possession of the firearm, so we know that it was not shown and that there were no threats,” summed up the door. – spokesperson for the Montreal police, Véronique Dubuc, stating that the individuals sought had left the Cégep before the arrival of the police.

Ibtihal Ettamli and Mayssa Mokkadem were in physics class when they saw the police arrive. “We didn’t really know what was going on. We were stressed, because we didn’t know if we should get out of school or not,” says Mayssa. After being ordered to evacuate by the Cégep loudspeaker, the young women went out without a coat, like many other students.

Evacuation “as a preventive measure”

More than a dozen patrol cars, including specialized intervention teams, converged on the area, more specifically on rue Marie-Victorin, not far from boulevard Maurice-Duplessis. On the way from The Press Tuesday, many students, staff members and other people were gathered in the street, outside the college, under the snow.

Zineb Lambaret and Marc-Antoine Fournier, on the sidewalk, observed the scene. “I’m really amazed. It’s the first time it’s happened, a situation like that, ”said the young man. “It’s stressful, we weren’t given any more explanations,” added his classmate.

“A girl came running to our class to tell us to evacuate. We rushed to get our friend’s coat and left,” says Amélie Tremblay-Roy, enrolled in the early childhood education program. His friend Eduardo Chero-Rodriguez didn’t have time to get his. “My friend lent me his jacket,” he laughs.

The spokesperson for the SPVM affirms that an evacuation of the CEGEP was organized “as a preventive measure”, while a large operation was underway to “secure the premises”.

As soon as the first police arrived on Tuesday afternoon, a person was arrested, but he was released shortly after, because his arrest was ultimately “unfounded”.

However, SPVM investigators are still looking for additional suspects. Several police officers were also seen surveying the area at the time of the incident.

Of note: at the end of the day, the police were still unable to confirm the presence of a weapon themselves, as no weapon had yet been identified and no arrests had been made. “It is important to mention that no one was threatened with a firearm and we have no injuries either”, also specified Véronique Dubuc.

With the collaboration of Daniel Renaud, The Press