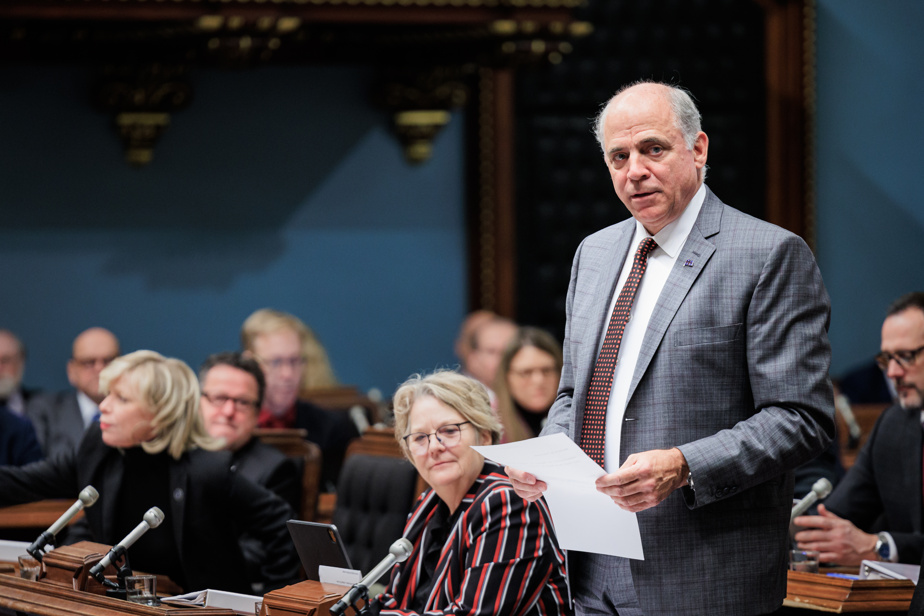 The Professional Federation of Journalists of Quebec (FPJQ) is asking the Minister of Economy, Innovation and Energy, Pierre Fitzgibbon, to withdraw a post on social networks in which he attacks a journalist for questions he did not appreciate.

“This way of proceeding is akin to intimidation,” denounces the FPJQ in a press release published on Friday.

On Thursday, Mr Fitzgibbon posted a message on Facebook in which he addressed Francis Halin, the Montreal Journalof “journalist in bad faith” and reveals some of the questions that the latter sent to him about a personal donation made to HEC Montréal.

Halin asked the minister if the $5 million donation announced in November “sends the wrong message to other universities.” He also asked why Mr. Fitzgibbon had not waited until the end of his mandate as minister to announce it, and if it was possible to have an interview on this subject.

The FPJQ “considers that it is justified for a journalist to ask questions about the actions taken by the politician” because of “the ethical background of Mr. Fitzgibbon”, can we read in the press release.

“The role of journalists is to ask questions. Even if Mr. Fitzgibbon does not like people to look at his actions, as a minister with a background in ethics, it is quite normal for journalists to search the files and ask legitimate questions, ”said the vice-president of the FPJQ, Éric-Pierre Champagne, quoted in the press release.

“An elected official, and more so a minister, cannot shirk his obligations to report to the population”, maintains the editor-in-chief of the Montreal Journal, Dany Doucet, in a post published Friday. “It is our role to question, and we will never be intimidated by anyone in the pursuit of our public mission. »

Minister Pierre Fitzgibbon, the subject of six investigations by the Ethics Commissioner already, writes in his publication that Mr. Halin’s questions are imbued with “aggressiveness” and “bad faith”.

The FPJQ deplores the fact that the minister’s publication was relayed by some of his colleagues from the Coalition avenir Québec, including the Minister of Education, Bernard Drainville, who “undertook to fight against all forms of intimidation during of his entry into office”.

By doing so, Mr. Fitzgibbon “could scare off some less experienced journalists who would prefer to refrain from asking questions in the future rather than undergo comparable treatment on social networks”, fears the Federation.

The FPJQ is asking Mr. Fitzgibbon to immediately withdraw his post on social networks and to publicly apologize to the journalist in question.

“The Minister has no intention of apologizing,” replied Mr. Fitzgibbon’s press secretary, Mathieu St-Amand, when questioned by The Press. “Broadcasting a question from a journalist is not a form of intimidation,” he added, without addressing the rest of the minister’s remarks.

“A journalist can of course adopt a critical stance in the face of such a donation, but the minister has the right to be critical of this stance,” argued Minister Bernard Drainville’s press attaché, Florence Plourde, in response. to questions from The Press. “Not being able to criticize the work of the media would be unhealthy for our democracy,” she says.