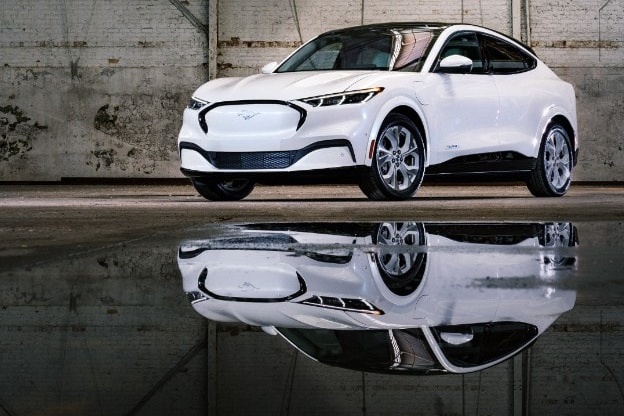 (New York) Ford will recall nearly 49,000 Mustang Mach-E electric SUVs in the United States and has asked dealers to stop shipping new vehicles due to a potential battery problem, said the group on Tuesday.

On affected vehicles, “direct current fast charging” and repeated pedal presses “may cause the high voltage battery main contactors to overheat,” a Ford spokesperson said in a message.

However, “an overheated switch that opens while driving can lead to a loss of engine power, which can increase the risk of an accident,” he added.

The problem can be solved by a software update, which can be done remotely. Ford plans to roll it out starting next month.

This recall comes as the manufacturer has recently emphasized its desire to accelerate in the electric sector, with in particular the first deliveries in recent weeks of the electric version of its popular F-150 pickup truck.

General Motors has had to suspend production of the Chevrolet Bolt for several months while Rivian, a manufacturer of electric SUVs and pickup trucks, has struggled to increase its production capacity since the launch of its first vehicle last fall.