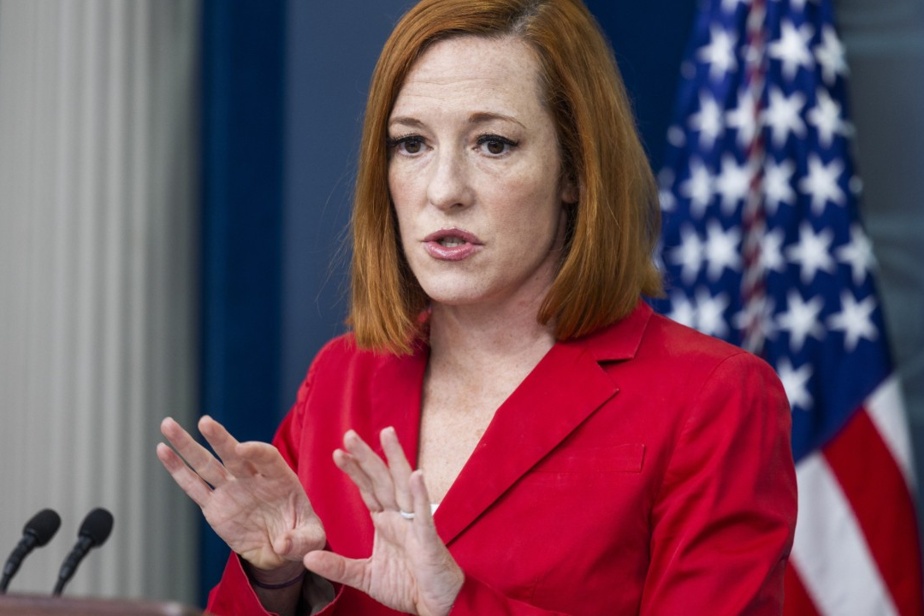 (Washington) The United States invited on Monday to look “in a different light” at possible international sanctions on Russian oil and gas, putting into perspective their differences with the Europeans, and especially the Germans, on this subject. .

“I would look at this in a different light than past coordinated efforts” on sanctions against Russia after the invasion of Ukraine, said US executive spokeswoman Jen Psaki.

She heavily insisted, during her daily press conference, on “the very different circumstances” for the Americans and the Europeans in terms of Russian hydrocarbons – the former matter little, while the latter are, for some countries, very dependent.

Jen Psaki clarified that Joe Biden had “not made a decision at this stage” concerning unilateral action by the United States itself, as parliamentarians from the majority Democratic and Republican opposition prepare a draft embargo on Russian oil imports.

The White House is very careful not to crack more than necessary the almost perfect cohesion shown so far by the West in terms of economic sanctions against Russia.

The issue of Russian hydrocarbons was, according to the American executive, raised during a videoconference on Monday between Joe Biden, French President Emmanuel Macron, German Chancellor Olaf Scholz and British Prime Minister Boris Johnson.

The four leaders are “determined to continue to increase the cost” inflicted on Russia in response to the invasion of Ukraine, according to a statement released by the White House.

The French press release evokes him “their determination to strengthen the sanctions” against Russia and Belarus, while that of the British promises to “continue to put pressure on Russia”.

Only the press release published by Berlin does not address the question of sanctions at all, insisting above all on the “new possibilities of humanitarian aid for Ukraine” which were also discussed.

On Monday, Olaf Scholz said fossil fuel imports from Russia were “essential” for the “daily life of citizens” in Europe, and assured that the supply of the continent could not be ensured otherwise at this stage. .

Joe Biden is under intense political pressure to cut off this essential source of income for Vladimir Putin’s regime.