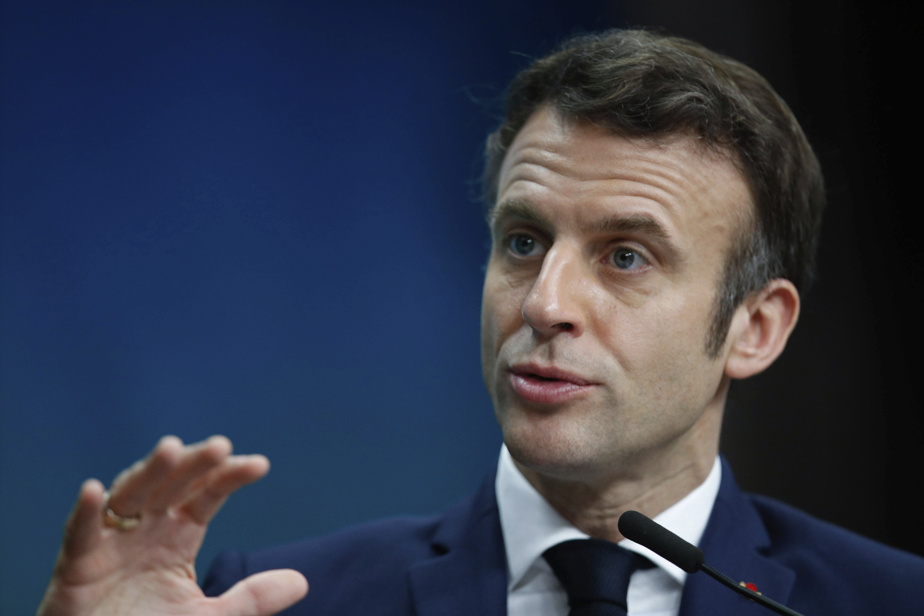 (Paris) Favorite in the polls for the presidential election in April, the French head of state Emmanuel Macron is due to hold his first electoral assembly on March 5 in Marseille, France’s second city, opening a new sequence in a campaign still confused for many voters.

The outgoing president has still not formalized his candidacy for a second term: in the midst of the crisis between Ukraine and Russia, he postponed this question as close as possible to the official deadline for submitting candidacies, March 4, i.e. 34 days before the first round scheduled for him on April 10.

He should declare himself in the course of next week, according to his entourage, then hold his first campaign assembly on Saturday March 5 in Marseilles, in the south-east of France, three sources told AFP on Wednesday. of his centrist movement LREM.

The opposition criticizes Emmanuel Macron for campaigning without saying so, particularly in the context of his presidential trips. But the late entry into the running of an outgoing president is not unprecedented in France: Charles de Gaulle, in 1965, and François Mitterrand, in 1988, had represented themselves roughly a month before the election.

For the time being, the Head of State is given at the top of the voting intentions in the first round in all the opinion polls carried out so far.

His entry into the running could, according to the pollsters, give clarity to the campaign. And make it “really open up”, Bernard Sananès, president of the Elabe institute, told AFP on Wednesday, while abstention could still grow.

“The intentions of the French to vote are still 4 to 5 points lower than those of 2017” at the same period, underlines the official.

Brice Teinturier, the deputy director general of the Ipsos institute, notes “a kind of difficulty for the French to enter this campaign”.

He pointed to France Inter radio a “lack of clarity” due to the absence of Mr. Macron, but also to “the weakening of the left-right divide, which made it possible to order, to create benchmarks”.

” We are still waiting […] of what he is going to announce” and the debates that this will generate, he added.

So far the campaign has been marked by polemics from the extreme right and in particular from the candidate Éric Zemmour, an opponent of immigration, especially of Muslims, and a follower of the conspiracy theory of the “great replacement” of the European population by a non-European immigrant population.

“The French must enter this campaign. It’s going to be very short, it takes a debate of ideas, ”concludes a government source.

A minister understands that Mr Macron could invest in his future program in areas such as education, culture, youth, social cohesion and the climate.

According to this source, “the idea is to have a few strong breaking objects, a few markers”.

The “break” – a line neither to the right nor to the left – was one of the themes claimed by Emmanuel Macron during the 2017 campaign.

This former finance inspector and former investment banker at Rothschild was briefly minister (2014-2016) during the five-year term of socialist François Hollande. He had resigned to launch his own movement three months later – eight months before the presidential election.

After a lightning ascent, the pro-European centrist had won hands down in the second round against Marine Le Pen and had become in May 2017, at 39, the youngest president of France.