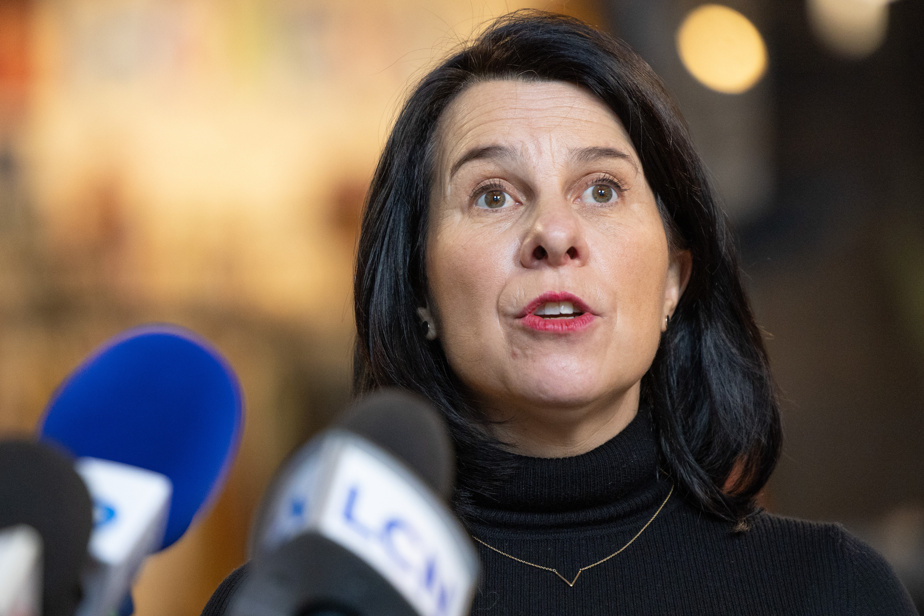 The mayoress of Montreal raised the tone in the face of the “immobility” of Quebec in terms of reforming the financing of public transport, Thursday, in an outing of rare vigor.

Valérie Plante let her impatience filter through at a public meeting of the Montreal Metropolitan Community (CMM), where elected officials were discussing the deficits of public transit companies.

“We really feel an immobility on the government side to reflect on a new fiscal pact in transport,” said the mayor of Montreal and patron of the CMM. “We are stuck. That’s what’s happening. There is very little resonance from our provincial colleagues. »

The COVID-19 pandemic has severely affected the revenues of companies that operate Greater Montreal’s public transit networks. According to Mme Plant, this crisis was added by a systemic and pre-existing problem of under-investment in these structures.

“As long as we don’t think about it, we’re shoveling forward,” she said. “We are in a situation that can quickly become untenable. The federal government announced one-time $750 million in aid to the nation’s great last week, but that one-time check doesn’t fix the long-term problem, according to Ms.me Plante: “we haven’t left the inn”.

This problem could be aggravated with the inauguration of the REM de l’Ouest — and possibly the REM de l’Est — which will impact the use of existing transport networks.

A partial solution put forward by the CMM consists of levying a tax of $50 per year and per vehicle in the entire 450, as has been the case in Montreal for 10 years. This tax grab was almost unanimously approved by the region’s mayors in 2019. The Legault government, however, opposed the idea and the Société d’assurance automobile du Québec (SAAQ) refuses to collect this tax, citing technical reasons.

On Tuesday, the city council of the City of Montreal unanimously asked the SAAQ to apply this tax as of next year. The CMM is asking for compensation of hundreds of millions of dollars from Quebec to make up for the shortfall.