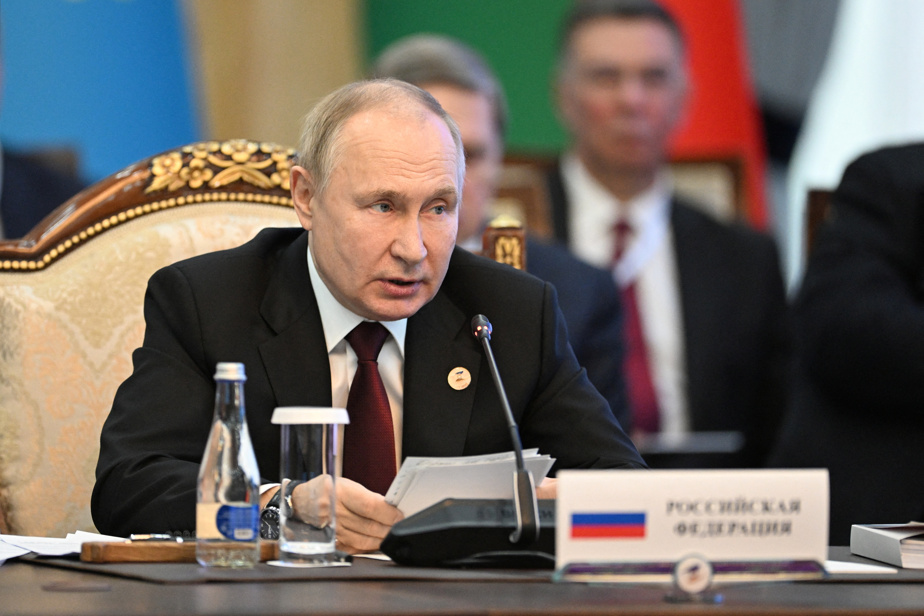 (Bishkek) Other exchanges of prisoners between Moscow and Washington are “possible”, Russian President Vladimir Putin said on Friday, the day after the release of American basketball player Brittney Griner against that of Russian arms trafficker Viktor Bout.

“Contacts continue at the level of the intelligence services, they had never stopped. Do others [échanges] are possible? Yes, everything is possible,” said Putin during a press conference on the sidelines of a regional summit in Bishkek, the capital of Kyrgyzstan.

“It is the result of negotiations and the search for compromise. In this case, compromises have been found and we do not refuse to continue this work in the future,” Putin added.

However, he said that these negotiations were not necessarily a “prologue” to a dialogue on other issues, in the midst of a crisis between Moscow and Washington linked to the Kremlin’s military intervention in Ukraine.

“We have not set objectives for these negotiations to lead to others. But they create, it’s true, a certain atmosphere,” he said.

Earlier on Friday, Kremlin spokesman Dmitry Peskov stressed that the negotiations did not end the “crisis” between the two countries, whose relations are “still in a deplorable state”.

Americans and Russians accuse each other of detaining their respective nationals for political purposes.

Another American detained in Russia, former serviceman Paul Whelan, was not included in Thursday’s swap. The latter, aged 52, was arrested in December 2018 in Russia, then sentenced in 2020 to 16 years in prison for “espionage”, a sentence which he denounced as “political”.

Russian media spoke on Friday of the fate of Alexander Vinnik, a Russian computer expert extradited in August to the United States where he is the subject of 21 charges, including identity theft, complicity in drug trafficking and money laundering.