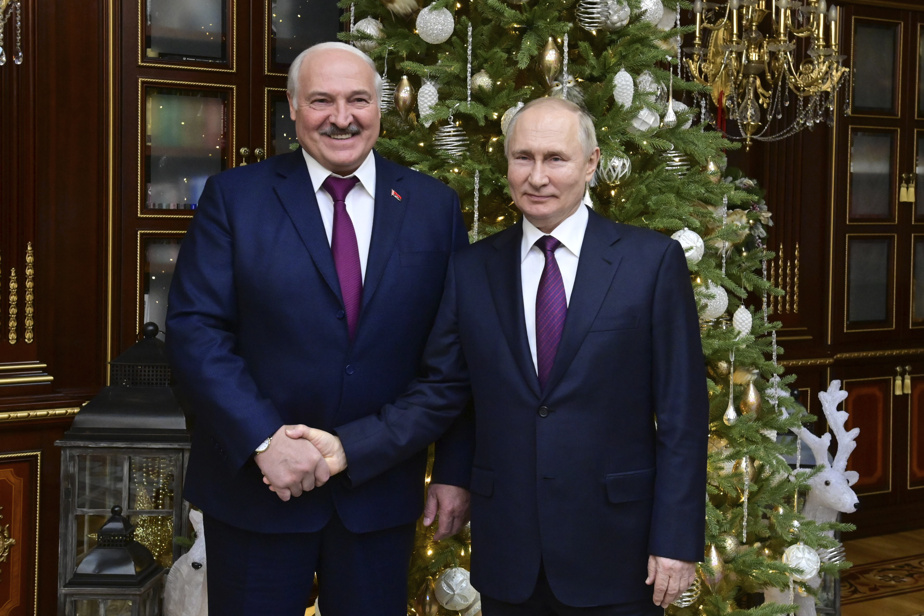 “Russia has no interest in absorbing anyone. It just doesn’t make sense,” Putin said during a press conference with his Belarusian counterpart Alexander Lukashenko after their talks in Minsk.

The master of the Kremlin insisted on the close ties between the two countries, “the closest allies and strategic partners” who resist “effectively” Western sanctions.

According to him, during these “substantial” talks, Moscow and Minsk agreed to strengthen their cooperation in “all areas”, particularly in the defense sector.

These are “joint measures to ensure the security” of the two countries, “mutual deliveries of weapons”, as well as the joint manufacture of armaments, Mr. Putin said.

Russia will also continue to train Belarusian servicemen to fly Soviet-designed Belarusian aircraft capable of carrying nuclear bombs, according to the same source.

“We have tested these planes in Russia and we are preparing them now,” said Mr. Lukashenko, while emphasizing that “this is not a threat to anyone”.

“Are we capable of protecting our independence on our own, without Russia? Nope ! “added the Belarusian president.

“And if someone thinks that he could separate us today, drive a wedge between us, they will not succeed,” added Alexander Lukashenko.

An ally of Russia, Belarus served as a rear base for Russian troops for their offensive against Ukraine in late February, but the Belarusian army has not taken part in the fighting on Ukrainian territory so far.

In mid-October, Belarus and Russia announced the creation of a common military force, with a purely “defensive” purpose according to Minsk.