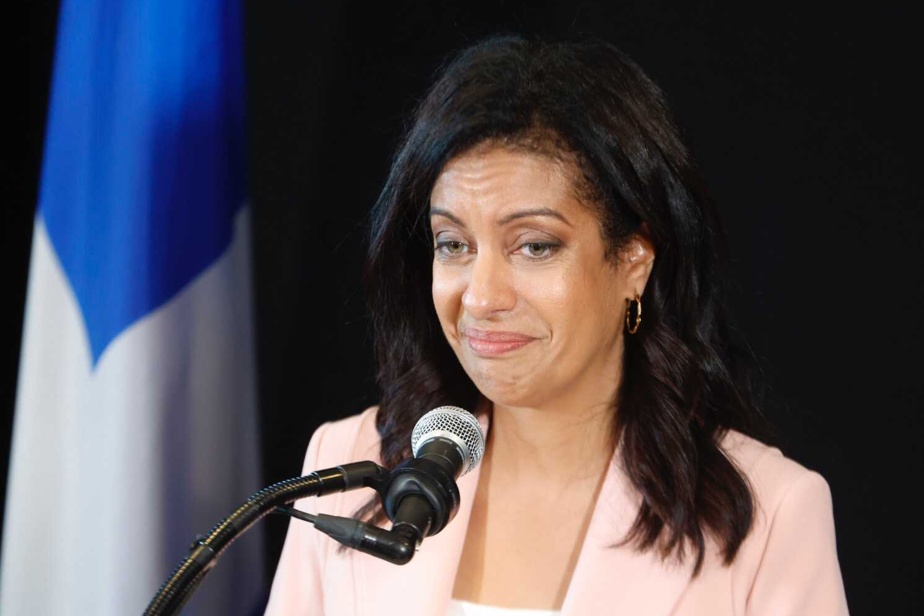 (Quebec) Dominique Anglade announced her resignation as leader of the Liberal Party of Quebec (PLQ) during a press conference in Montreal on Monday morning. She will remain Member of Parliament for Saint-Henri–Sainte-Anne until 1er december.

The Liberals will appoint an interim leader, a decision to be made by caucus and the party’s executive committee. The names of Marc Tanguay and André Fortin are circulating. It should be noted that no rule stipulates that it is forbidden for an interim leader to stand as a candidate during the leadership race; Pierre Arcand and Jean-Marc Fournier had declared from the outset that they were not interested in being candidates when they became interim leaders.

From the date of departure of Mme Anglade as MP, the government will have six months to call a by-election in Saint-Henri–Sainte-Anne. On October 3, Dominique Anglade obtained 36.1% of the vote in his riding, against 27.7% for immigration lawyer Guillaume Cliche-Rivard of Québec solidaire and 17.7% for Nicolas Huard-Isabelle, political attaché and candidate for the Coalition avenir Québec.

Despite the historic defeat of the PLQ in the general elections, Dominique Anglade had so far intended to remain at the head of the party. She said she was ready to undergo the vote of confidence which must take place at the party congress, scheduled within a year.

However, the challenge to his leadership gained momentum following his decision to expel MNA Marie-Claude Nichols from the caucus.

Last week, The Press reported a stormy meeting of the party’s executive committee and a difficult encounter for Mme Anglade with association presidents.

Several former elected officials and tenors of the PLQ have publicly demanded the departure of the leader, such as Lise Thériault, Nicole Ménard, Paule Robitaille and Stéphane Billette. A source with deep roots within the party confided to The Press last week that former MPs and political staffers are looking for a new leader.

“Dominique Anglade herself has a decision to make. The sooner she takes it, the better. From a human point of view, it’s better to leave than to be thrown out,” said a member of the QLP executive committee, veteran Émilien Nadeau, president of the Bas-Saint- Lawrence. There were many complaints against the leader during the closed meeting of the presidents of the party’s association.

Only two new deputies – Frédéric Beauchemin and Madwa-Nika Cadet – went to the front to reiterate their support for the leader.

With Fanny Lévesque and Denis Lessard