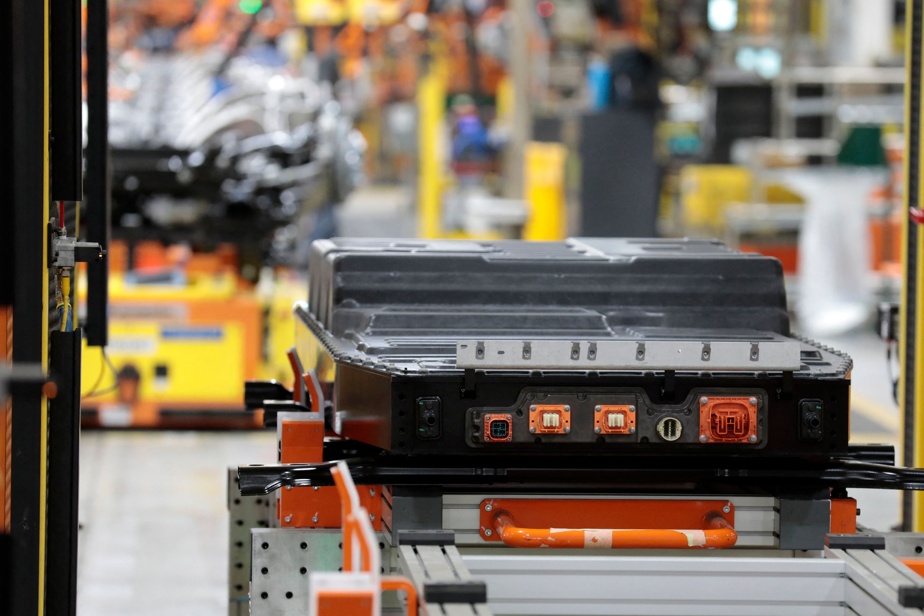 After General Motors (GM), Ford is getting closer to the Quebec battery industry. A “serious project” for a cathode materials factory – a key component of the lithium-ion battery – in Bécancour is being considered by the American giant and two partners, was able to confirm The Press.

This project would be estimated at 700 million US, according to information collected by the Bloomberg agency. It was not possible to confirm this amount. The plant would be the result of a collaboration between Ford, the South Korean cell manufacturer SK On and EcoPro Global, which specializes in battery components.

The discussions between the three partners and Quebec are “advanced”, indicated to The Press a government source who is not authorized to speak publicly, before adding that there was still work to do.

“There are still several elements to tie up if they want to come here,” she said. This is a serious project and there are still lots available in Bécancour. »

The signals are similar from the Trudeau government, which is talking to the trio of companies. Ford, SK On and EcoPro did not respond to questions from The PressFriday afternoon.

EcoPro had already set the table for its demands in its registration in the Quebec Lobbyists Registry. It is seeking financial support from the Ministry of Economy and Innovation as well as Investissement Québec (IQ), the financial arm of the Quebec government, in its efforts.

“Assist EcoPro in its search for financing to support its cathode material factory project for the manufacture of batteries, including the purchase of land, construction costs and the purchase of equipment”, can we read.

The company’s financial demands are not quantified. The same requests can be found in EcoPro’s file in the Federal Registry of Lobbyists.

If the project materializes, it would be the third cathode materials manufacturing plant to set up in the Bécancour industrial and port park, the location favored by the government’s strategy to develop the battery industry.

The joint venture formed by GM and Posco as well as the German giant BASF confirmed, earlier this year, the construction of complexes. Cathodes represent about 40% of the cost of a cell. Production is expected to begin around 2025 at these two plants.

Ford, SK On and EcoPro had already announced, last July, an agreement to build a cathode materials plant in the United States. The production of this site would feed a joint venture formed by SK On and the American manufacturer in the State of Tennessee.

Ford would be the second major American automotive company, after GM, to turn to Quebec in the battery ecosystem. The cathode materials factory would be good news, but a niche would still be vacant: cell manufacturing – the last step before battery assembly.

The government strategy identifies nine steps in the battery chain between exploration and recycling. Projects have been announced at all stages except cells.

Last Tuesday, Britishvolt, which is struggling to survive after seeing its financial situation deteriorate rapidly over the past few months, confirmed that its cell factory project would not see the light of day in Quebec, a scenario which increasingly seemed more obvious. Former Quebec Prime Minister Philippe Couillard, who headed the Canadian branch of the British company, had also left office.

Another project in this segment has failed. StromVolt, which dangled a 300 million complex, saw its partnership with Delta Electronics, which was to offer the rights to its technology and expertise, come to an end. Since then, StromVolt’s ambitions have been on the back burner.