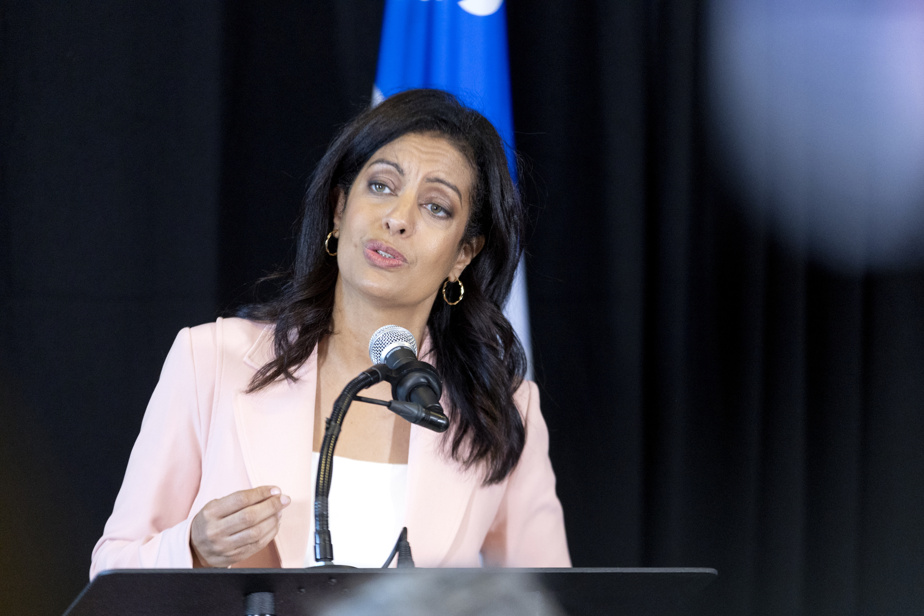 (Quebec) Unless the situation changes, the Liberal Party of Quebec (PLQ) will appoint its interim leader on Thursday. The names of Marc Tanguay and André Fortin are circulating.

The day after the resignation of Dominique Anglade, the president of the PLQ, Rafaël Primeau-Ferraro, explained in an interview that the caucus of deputies then the executive council of the party will meet Thursday to make the appointment.

Under Article 27 of the Party’s Constitution, “when the position of leader becomes vacant, the Executive Council of the Party, with the agreement of the caucus of Liberal Members sitting in the National Assembly of Québec, immediately appoints a member to serve in the interim until a new leader is elected.

“The caucus of deputies will meet to discuss among themselves, deliberate on the issue, and see who the emerging candidate would be. And at the end of that, the executive will also do its exercise, […] complete the process and make the appointment,” Rafaël Primeau-Ferraro said on Tuesday. “In all likelihood, the process should conclude on Thursday. »

In the PLQ, there is no rule prohibiting an interim leader from then running as a candidate in a leadership race, even if it is not the tradition. On Monday, the executive council adopted a resolution recalling this situation and setting conditions. The interim leader who would like to embark on the leadership campaign “will be excluded from any discussion or deliberation that will take place in our bodies for the preparation of the leadership race,” said the party president. And when the rules of the race are established, the PLQ will set a deadline for the interim leader to submit his resignation in order to be able to run for leadership.

To find a successor to Dominique Anglade, the executive council will first have to appoint a president of the organizing committee of the leadership race. Then this president will appoint the members of the committee whose mandate is to set the rules of the campaign. These rules will have to be adopted during a general council – this body will not meet before next spring.

So even if the party wanted to proceed quickly, there could not be a leadership convention before the end of 2023 realistically. In any case, many of the Liberals say that there is no rush to elect a new leader. President Rafaël Primeau-Ferraro did not want to set a deadline.

For his part, the former mayor of Montreal Denis Coderre closes the door to seek the succession of Dominique Anglade. “The answer is no, I’m not going,” said Mr. Coderre on BPM Sports 91.9, a radio station where he is a columnist. Recalling his long roadmap in the Liberal Party of Canada and his failed attempt to take his revenge on Valérie Plante for mayor in 2021, he maintained that we cannot either “present ourselves to all the racks”. He “moves on”. “You can promote your city, your Quebec without having an elective position,” he added.