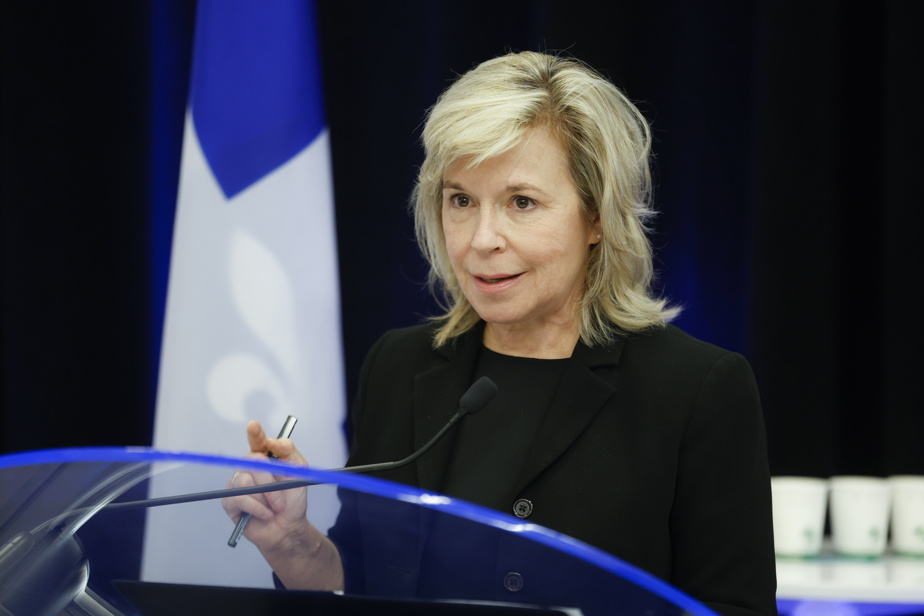 (Quebec) Quebec is solidifying its ties with its American, European and African partners, as it reviews its strategy in the Indo-Pacific region by evoking potential changes in China.

This was explained by the Minister of International Relations, Martine Biron, during a recent telephone interview at the time of completing a mission in Belgium.

The minister would then fly to Senegal and the Ivory Coast, to carry out a fourth mission in three months, after New York, Djerba and Brussels.

“The pandemic is pretty much behind us, business is picking up and it’s the right time for Quebec to […] resume diplomatic relations,” she said.

The relationship with China, cooled, is however the subject of a “reflection”, she added, evoking for the first time a scenario which would see Quebec closing offices in China.

Québec has four representations in China: in Beijing, Shanghai, Quingdao and Shenzhen. China ranks second among Québec’s export markets, behind the United States.

Last November, Prime Minister François Legault brushed aside the idea of ​​doing like his predecessors and going to the Middle Kingdom himself. “It’s not planned at the moment,” he said.

“Leaving China is a decision that we must take with a clear head,” said Ms.me Biron. When you close an office, it’s difficult to reopen it, because it taints our diplomatic relations.

“The least we can do is consult our partners and […] realign our business in a sustainable way.

“Let’s keep in mind that we’ve been in China for 40 years. You still have to be careful. There are Quebecers who live in China. So, we must not rush things, ”she continued.

“There are several scenarios that we are studying and the reflection is not complete. For now, we are not leaving China. We are reviewing our ways of doing things in the Indo-Pacific region. »

This region of the globe includes 40 countries, including China, India, Japan, Cambodia and Thailand.

The federal government of Justin Trudeau began last fall a “decoupling” with China, which he describes as a “disruptive power”, aimed at getting rid of trade dependence on Beijing.

Quebec smells good business in Africa, a continent “demographically called to explode”, recalls Martine Biron, who sees there “a market to develop”.

More broadly, the countries of La Francophonie represent a market of 1.2 billion inhabitants; at the last Francophonie Summit, the Legault government invited them to show “solidarity” in business.

“We feel that there is a “buzz” on the ground for business and diplomatic relations to resume, relates Mme Biron. Quebec must be part of this international effervescence and increase its trade. »

To do so, she intends to “consolidate what we have in Africa” ​​and put “a lot of energy” in Europe and the United States, where it is important to “take care of our relations”.