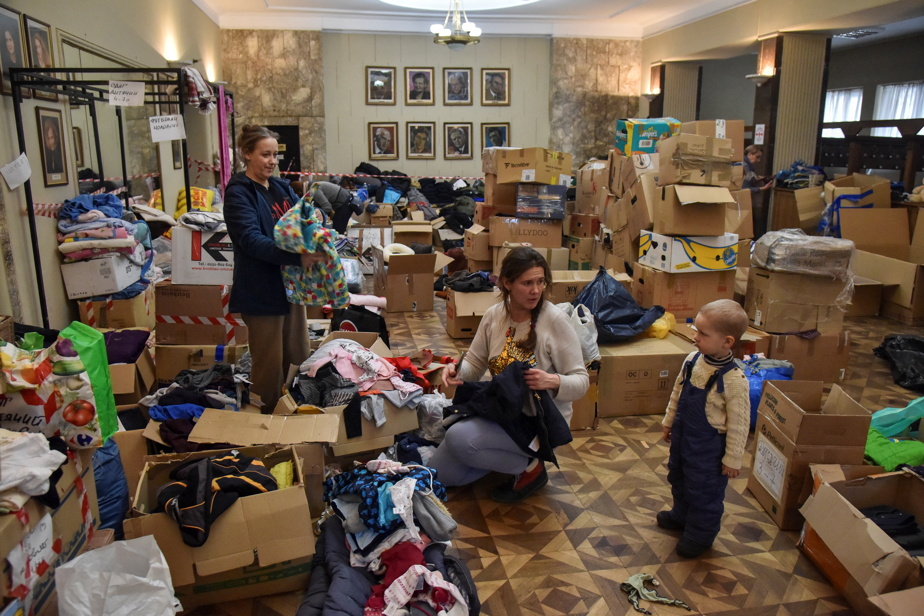 “Save Ukraine”: the Ukrainian community is launching an emergency fundraising campaign to encourage Quebecers to donate to the Red Cross, in support of the humanitarian crisis in their country of origin.

Images and videos to encourage Quebecers to mobilize in the face of the humanitarian crisis in Ukraine will appear on Montreal’s public transport network on Monday. Funds raised by the “Save Ukraine” campaign will be donated to the Canadian Red Cross to meet humanitarian needs on the ground.

“We’ve been collecting money for a while now, but here we’re driven by urgency,” explains Gregory Bedik, campaign spokesperson and member of the Ukrainian Canadian Congress in Quebec.

The 58-year-old is in contact with members of his extended family in western Ukraine.

“What is happening, we know it, we have direct contact, we see it, we talk about it with our families: Russia is targeting the population in general, not just the military,” he denounces.

We needed to unite in one voice, to increase our power to give and to save Ukraine.

Gregory Bedik, spokesperson for the “Save Ukraine” campaign

Quebecers of Ukrainian origin like him are taking advantage of this campaign to issue a challenge to companies: if employees mobilize to organize fundraisers, they agree to match the amount of donations raised.

“Everyone picks up laundry to send, but it’s difficult to send it to Ukraine, explains Gregory Bedik. What is important is to send money to help those who live in a battlefield. »

More than 1.5 million Ukrainians have already fled their country, according to the latest data from the United Nations (UN). The UN High Commissioner for Refugees, Filippo Grandi, called the wave “the fastest-moving refugee crisis in Europe since World War II”.

The United Nations World Food Program is also warning of an impending hunger crisis in Ukraine, a major global supplier of wheat. According to his data, millions of people will need food aid “immediately”.