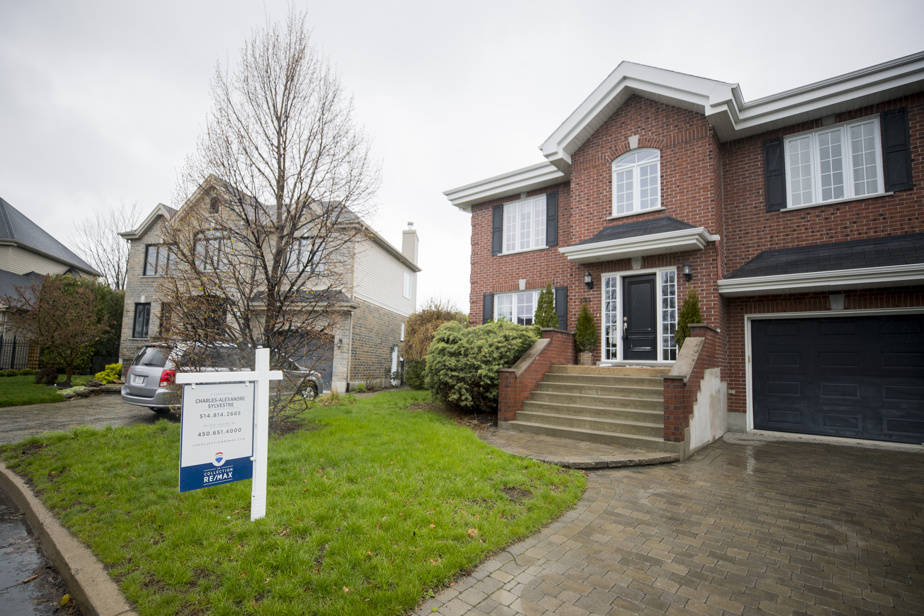 Pent-up demand is so high and supply still so low that the Bank of Canada’s decision to raise its key rate to 0.50% will not dampen market momentum, they say.

“Before, when there was an increase in interest rates, people thought ‘maybe it’s not the time to buy’, but now it’s the opposite,” notes Michelle Gilbert, a real estate broker for Sage Real Estate in Toronto.

“I have so many people who were like, ‘I’m going to have my rate blocked or my pre-approved’ (…) They’re now ready to take action. »

His clients aren’t letting rising rates deter them, as interest rates are still lower than they were before the pandemic and they’ve been through years of appreciating home prices.

Real estate boards have reported soaring prices and a wave of sales for most of the pandemic. Buyers rushed to take advantage of low interest rates, as the Bank of Canada cut its key rate to 0.25% at the start of the pandemic.

In cities where the overheating is most noticeable, such as Toronto and Vancouver, average home prices have topped the $1 million mark, while homes in surrounding suburbs and rural areas have also soared.

But in recent months new listings have plummeted and real estate agents and buyers are lamenting a lack of properties, which has tilted the market even further in favor of sellers.

The lack of supply, coupled with the perception that low interest rates will not stay, heightens the desire of some potential buyers to take action.

Ms. Gilbert says a property on a busy street unexpectedly received 20 offers to buy Tuesday night. “It’s a sign that people are willing to lower their expectations just to enter the market. »

The broker has noticed that her clients want to enter the market while they have the capacity. She thinks they won’t find better terms until there is a significant increase in supply or investors are required to put in a higher down payment, deterring them from buying.

“Even though we had twice as many offers, the demand is crazy and it’s the demand that’s the problem,” she explained. We have so many people who want to buy. »

Ms Gilbert’s views are backed up by analysis from Zoocasa showing that increases in interest rates are correlated with fewer transactions, but have no major impact on prices.

The real estate listing site compared Toronto’s average monthly home price and sales volumes between the start of 2017 and the end of 2019 — a period that covers the last five times the rate was increased — with the rate five-year fixed mortgage over the same period.

The analysis revealed that 2018 saw 78,018 sales, the lowest level in recent years, but this number was attributed to the new mortgage stress test at the time, which reduced purchasing power.

After the rate hikes, there were “very small movements” in the average price. The largest month-over-month price decline after the interest rate announcement came in November 2018, when prices fell 2.35%, and the largest was seen in February 2018 , when prices rose more than 4%.

These monthly declines and gains are “quite similar” to price trends in 2017 and 2019, suggesting that seasonality triggered the small swings.

An impact on owners

Although the impact of interest rates on prices may be limited, Wednesday’s increase will immediately affect some mortgage holders.

Interest rate hikes typically weigh on homeowners with variable rate mortgages, as banks typically use the central bank’s policy rate to dictate how they should change their prime interest rate.

Most major Canadian banks announced on Wednesday that they were raising their prime rate from 2.45% to 2.70% starting Thursday. Those with fixed rate mortgages, on the other hand, may be affected by the increases when they renew.

Estee Zacks, the Toronto-based owner of Strategic Mortgage Solutions, has noticed a recent increase in rate lock requests, which freeze mortgage rates for up to 130 days.

“They’re always pushing for bigger houses because prices have gone up faster than people’s incomes,” she said. People ask me more often, “if I can’t meet that $1.1 million pre-approval threshold, is there anything else that can be done?” »

To deal with this, Ms Gilbert sees people who have already paid off one mortgage take on another to help their children enter the market. “We have a lot of people who are ready to increase their future debt so that they can enter now. »