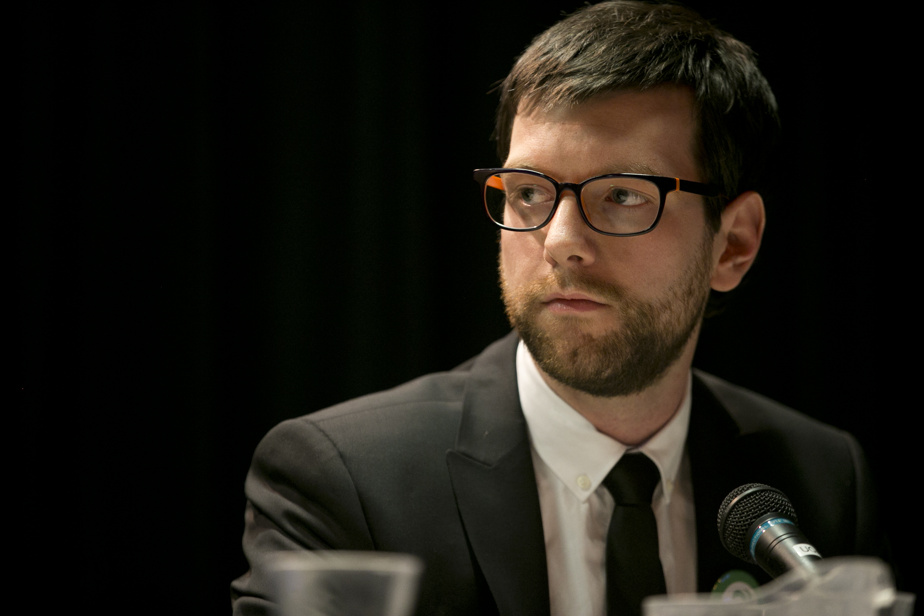 Remarks by the leader of the Green Party of Quebec that Russia’s demands would be “reasonable” and “should be accepted” caused a strong reaction.

Recognition of the annexation of the Crimean Peninsula and the sovereignty of the breakaway pro-Russian regions of Donetsk and Luhansk should also “be accepted by Western countries and the Ukrainian government”, he added.

Immediately published, the declaration, which condemned the Russian invasion in the same breath and called for a de-escalation on both sides of the conflict, aroused strong reactions. Its author has been accused of playing into the hands of the Kremlin, which repeats that its military offensive aims to liberate Ukraine from the “Nazis”.

In interview with The Press, Mr. Tyrrell refrained from relaying Russian propaganda. “The links between the Ukrainian government and the neo-Nazi movement are well documented,” he said. “It’s a real problem. »

However, the myth has been dismantled on more than one occasion, again recently by the American organization NewsGuard, which fights against misinformation. A radical far-right wing does exist in Ukraine, but with very little political power. Far-right Nationalist Party candidate Ruslan Koshulynskyi won just 1.6% of the vote in the 2019 presidential election.

Concerned about an escalation between NATO and Moscow, the Green leader believes that Western countries should “engage in talks for peace”. “Compromises” will have to be made “on both sides”, he argues.

“I find it very dangerous that people suggest in public debate that Canada should go to war against Russia,” he adds. For the moment, NATO does not intend to deploy troops on Ukrainian soil.

On Twitter, the Minister of the Environment, the Fight against Climate Change and the Fight against Racism of Quebec, Benoit Charette, called on the green leader to express his apologies to the Ukrainian and Jewish communities.

“We all escape it sometimes. There, you escaped it solidly … The only thing to do in the circumstances is to recognize it and apologize, especially to Ukrainians and Jews from here and elsewhere, ”wrote the CAQ MP.

The “virulent” responses to Alex Tyrrell’s initial outing forced him to clarify his position in a second statement, released on Saturday, in which he reiterated his condemnation of the Russian invasion.

“I am a pacifist who opposes war. I speak out in favor of peace in order to avoid further violence, bombings, killings and fighting in Ukraine”, he underlines.

His position would have been supported by several colleagues within the party, says the leader, without however naming them. Asked to react to Mr. Tyrrell’s exit, the deputy leader of the Green Party of Quebec, Halimatou Bah, simply indicated that the party is “pacifist” and “against the invasion of Ukraine by Russia”.

With Alice Girard-Bossé, The Press