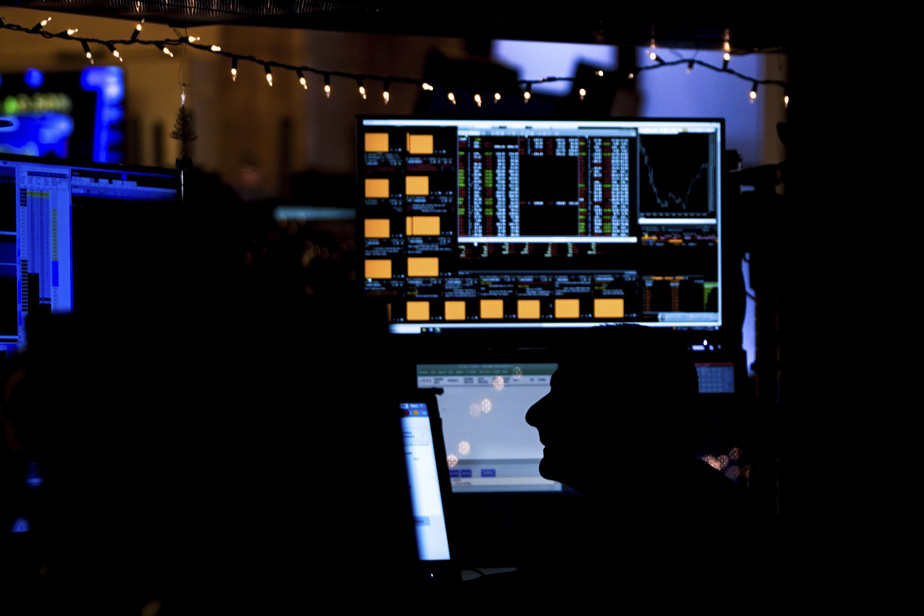 (New York) The New York Stock Exchange fell on Thursday, the indices ending deep in the red, worried about the risks of recession after the positions taken by central banks.

The market struggled to digest “a hawkish decision by the Fed’s monetary committee and a series of indicators that reinforce the argument that the economy is heading into a recession,” commented Edward Moya analyst for Oanda.

The US Central Bank (Fed) raised interest rates again on Wednesday and published more gloomy forecasts for the economy. The European Central Bank (ECB) and the Bank of England have done the same.

Even if these 50 basis point rate hikes are smaller than the previous ones, the messages from the central bankers of the Fed and the ECB in particular show their determination to continue to tighten the monetary screw in the face of persistent inflation.

“In addition to the rate hikes, Fed officials signaled a higher final rate in 2023,” above 5%, which has chilled investors, noted Art Hogan of B. Riley Wealth Management.

At the same time, indicators in distribution, but also in industrial and manufacturing production in the United States showed a marked slowdown which does not bode well for the progress of activity in general.

“The labor market may not collapse, but it’s becoming increasingly clear that the consumer is weakening, and manufacturing activity is in recession,” Moya said.

Retail sales in the United States fell in November by 0.6%, more than expected, mainly weighed down by car sales and the construction sector.

But for Karl Haeling of LBBW, it was above all the firm tone of the ECB that surprised market players. Its president Christine Lagarde also pointed to short-term risks to growth.

“The combination of a concerned ECB and weak economic data” in the United States, but also in China “has made markets nervous, which until now had not taken into account the risk of a hard landing with a recession more marked,” Karl Haeling told AFP.

The analyst further pointed out that “the market is very illiquid in December which increases market movements”.

On the bond market, reacting to these fears of a global slowdown, yields on 10-year Treasury bills fell to 3.45% against 3.47% the day before.

The mega-caps of the technology sector, which is very sensitive to the rise in interest rates which make their borrowing contracted for investments more expensive, have suffered. Alphabet, parent company of Google, Meta (Facebook) and Apple all lost more than 4%.

Snap, the parent company of the social network Snapchat, dropped 7.60% to 8.81 dollars after being poorly rated by investment bank Jefferies.

The eleven S&P sectors ended in the red, driven primarily by communication services (-3.84%) and information technology (-3.78%).

Rare title to hold its own on Thursday, Tesla, which has dropped a lot of ballast in recent sessions, has kept its head above water (+0.55% to 157.67 dollars).

Its founder and leader Elon Musk sold again earlier this week, according to a document submitted to stock market authorities, for 3.6 billion dollars in additional shares of the electric car manufacturer.

The Toronto Stock Exchange fell nearly 1.5% on Thursday, victim of a general decline, while the major American indices fell even more markedly the day after the announcement by the Federal Reserve of a further rise in interest rates.

In the currency market, the Canadian dollar traded at an average rate of 73.31 cents US, down from 73.74 cents US on Wednesday.