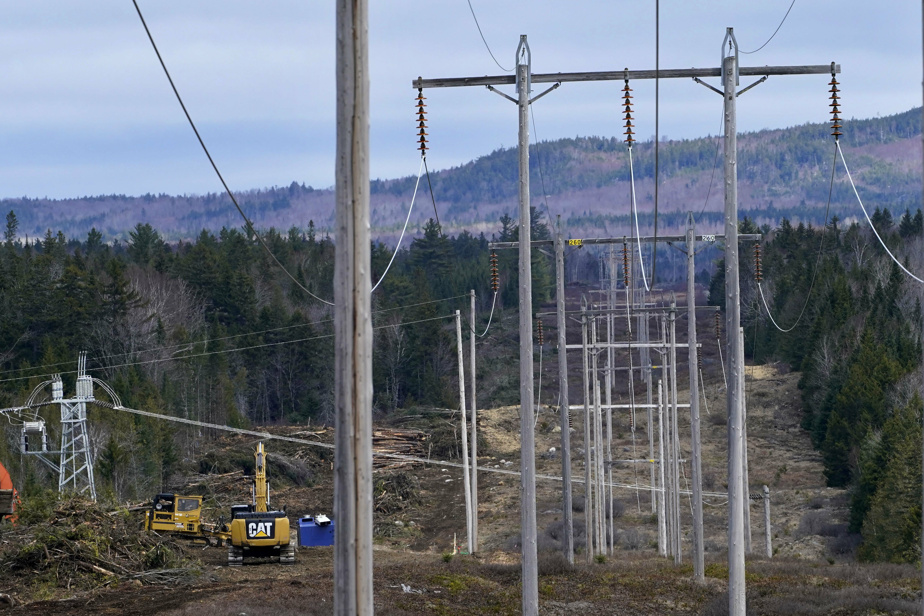 Hydro-Québec’s partner has stopped work on the Appalaches-Maine interconnection line, rejected by referendum two weeks ago, at the request of the state governor.

Favorable to the project, the governor of Maine, Janet Mills, asked the partner of Hydro-Quebec to temporarily stop the construction of the line, the time for the courts to rule on the validity of a referendum vote against the project.

“If you don’t have to do it at this point, stopping the work on purpose would send a clear message to the citizens of Maine that you respect their wishes,” she wrote in a letter Friday. I strongly encourage you to do so. ”

New England Clean Energy Connect (NECEC), the division of Central Power Maine (CMP) that is building the line, made the decision to suspend work after receiving the letter from the Democratic governor.

Hydro-Québec takes note of our partner’s decision to suspend the work, at the governor’s request.

Voters in Maine rejected the proposed line by 59% in a referendum held on November 2. The 233-kilometer project that would cross the state to bring electricity to Massachusetts would bring in revenues of $ 10 billion over 20 years for the state-owned company. It would also reduce greenhouse gas (GHG) emissions by 3 million metric tonnes, which is equivalent to taking 700,000 cars off the road.

Mme Mills believes that the project would generate “substantial” economic and environmental benefits for Maine, notably by reducing GHG emissions and reducing electricity rates. “But more than any project, I support the rule of law that governs society and the popular will that guides it,” she wrote in her letter.

The result of the vote does not yet have the force of law, so NECEC could legally continue the work, which it did until Friday. Legal proceedings are underway to invalidate the result of the referendum.

At NECEC and Hydro-Quebec, we consider that the referendum is unconstitutional. Work began last winter and the necessary permits had been obtained. Central Power Maine has already spent over $ 400 million on this $ 1 billion project.

Since work has already started and CMP had the required permits, it can argue in court that it had a vested interest, says Anthony Moffa, professor of environmental law at the University of Maine School of Law in Portland. . “I cannot predict whether the court will accept this interpretation or not,” he said in an interview conducted before the referendum was held.

The day after the vote, Sophie Brochu, President and CEO of Hydro-Quebec, told Radio-Canada that she was anticipating a legal war to allow the project to go forward. “There, we will send injunctions by the head over the next few weeks, the next months. ”