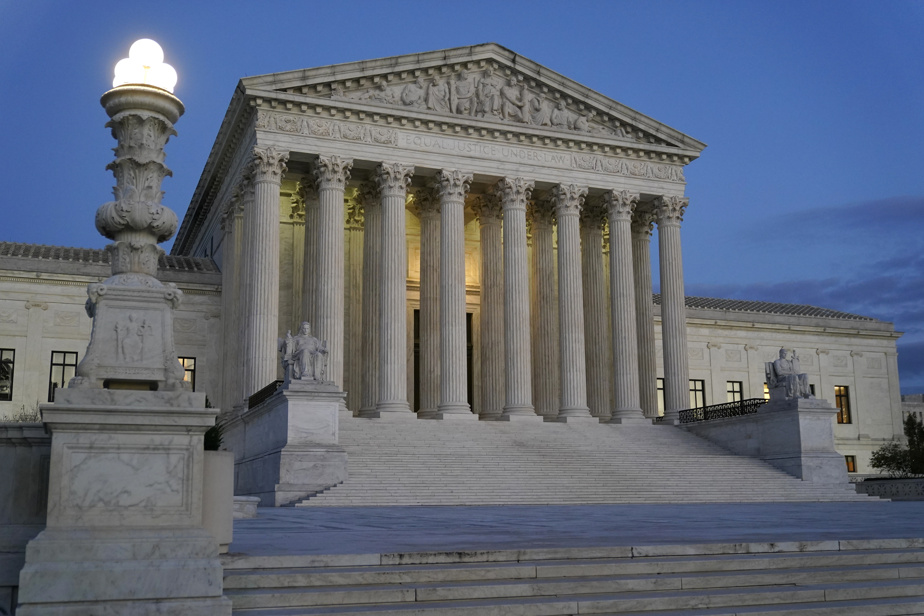 (Washington) Can American merchants refuse to serve LGBTQ+ customers in the name of their religious beliefs? The Supreme Court, firmly rooted in conservatism, reopens this ultra-sensitive debate on Monday in a case with a strong taste of “déjà vu”.

In 2018, the high court had kicked in a case brought by a Christian pastry chef who refused to make a wedding cake for a gay couple. She had agreed with him on additional grounds without enacting broad generalizable principles.

The question, very divisive in the United States, did not take long to emerge again, posed this time by a website designer: Lorie Smith, who defines herself as a pious Christian, does not want to create web pages for same-sex marriages.

Like pastry chef Jack Phillips, she works in Colorado, where a law has prohibited discrimination on the basis of sexual orientation since 2008, and can impose penalties of up to 500 US dollars on offenders.

Unlike him, however, she was not solicited by gay clients, nor a fortiori worried by the authorities. That didn’t stop him from suing Colorado law preemptively.

After losing at first instance and on appeal, she turned to the Supreme Court, which agreed to intervene by limiting the issue to the freedom of expression of traders whose work has an artistic dimension.

“Lorie is willing to make custom sites for everyone, including those who call themselves LGBTQ+, as long as the message doesn’t conflict with her views,” her lawyers wrote in an argument sent to the Court before the hearing.

But “forcing artists, such as painters, photographers, authors, graphic designers or musicians to transmit messages that violate their convictions violates the first amendment of the Constitution” guaranteeing the freedoms of expression and religion, they have added.

The law does not cover the content of the products marketed, but requires them to be offered to all customers, the Colorado lawyers countered in their own presentation.

For them, M.me Smith could very well decorate his websites with biblical messages about marriage “between a man and a woman”, but cannot refuse to sell them to homosexual couples.

They point out that many goods “have deep meaning for buyers: flowers for a wife’s funeral, a family photo for the birth of a baby, a suit for a new job”… and that a refusal of sale is not insignificant.

The US government, which under Donald Trump had supported pastry chef Jack Phillips, is defending Colorado’s position this time. Its law “does not oblige to adopt or relay a message prescribed by the authorities”, writes the representative of the Democratic administration of Joe Biden.

Noting that many businesses have a creative dimension, minority groups have called on the High Court – which legalized same-sex marriage in 2014 – to reject Ms.me Smith.

Otherwise, “architects could refuse to design houses for black families, pastry chefs to prepare birthday cakes for Muslim children, florists to provide bouquets for the funeral of a homosexual person”, enumerated David Cole, the director of the ACLU during a presentation to the press.

But these associations are worried “about the aggressive posture of the Court”, in the words of Mary Bonauto, head of the GLAD association which defends the rights of LGBTQ+ people.

Revamped by Donald Trump, it has six out of nine conservative magistrates, who recently offered resounding victories to the religious right, in particular by dynamiting the right to abortion.

The Supreme Court must render its decision in the case of Mr.me Smith before June 30, 2023.