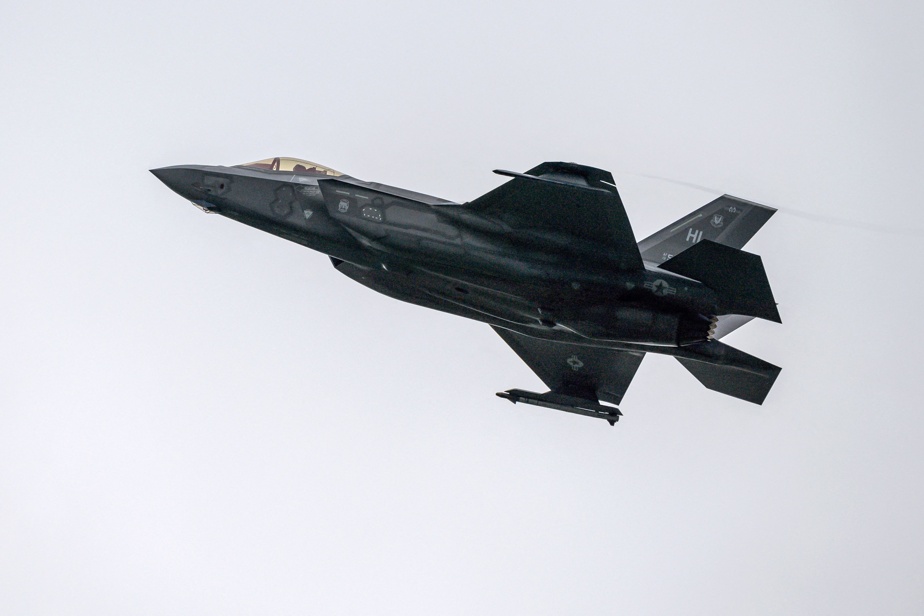 (OTTAWA) The Department of National Defense quietly got the green light from Ottawa recently to spend $7 billion on the first 16 F-35 fighter jets and related equipment.

Two sources at the Defense Ministry, who spoke on condition of anonymity to discuss matters not yet made public, said a request for funding sent to Treasury Board had been approved earlier this month.

The Canadian Press has also been able to view a document that summarizes this request to Treasury Board and has independently verified its accuracy.

The funding approval follows months of negotiations with the U.S. government and Lockheed Martin, since the F-35 aircraft beat Swedish automaker Saab’s ‘Gripen’ in a tender earlier this year.

The Liberal government had previously announced plans to purchase 88 new fighter jets to replace aging CF-18s between 2026 and 2032. The current CF-18s will be 50 years old in 2032.

Sources who told The Canadian Press say Canada will buy F-35s in installments over the next few years. They also indicate that Ottawa was to place a first order by the end of the calendar year to ensure that its planned delivery schedule remains on track.

The Treasury Board approval covers an initial delivery of 16 F-35 aircraft, manufactured by Lockheed Martin, as well as spare parts, armament and various start-up costs associated with obtaining new fighter jets, such as facility construction.

The Liberal government was due to make an announcement two weeks ago, sources said, but the news is not expected to be officially announced until January.

The office of Supply Minister Helena Jaczek declined Tuesday to comment on Treasury Board approval.

Lockheed Martin also declined to comment. The same was true for the “F-35 office” of the US Department of Defense, which is responsible for the stealth fighter program.

Canada’s long quest for a new fighter jet to replace its aging CF-18s came to a head in March, after a decade, when the Liberal government announced negotiations with US defense giant Lockheed Martin for its F-35.

Officials predicted at the time that the talks would take about seven months and lead to a final contract by the end of the year. But the Liberal government kept a card up its sleeve: the possibility of discussing its Gripen fighter with Saab if discussions with Lockheed Martin were to get bogged down.

The government originally planned to spend $19 billion on the entire next fleet of fighter jets, but it was unclear at the time what would – and wouldn’t – be included in that price. National Defense Minister Anita Anand said in March that the cost would be “further refined”.

Buying F-35s in installments is not out of the ordinary, says US analyst Richard Aboulafia, one of the world’s leading experts on this aircraft. Great Britain did it, Australia too.

The reasons for such a phased approach vary depending on each country’s budget process and the ability of their military to accept and sustain the transition to a new aircraft. This approach also takes into account Lockheed Martin’s production schedule.

Stephen Harper’s Conservative government first committed in 2010 to buy 65 F-35s, without competitive bidding, before concerns over the stealth fighter’s cost and capabilities forced it back to the drawing board to drawing.

During the election campaign in 2015, the Liberals promised not to buy the F-35s, but rather to launch a call for tenders to replace the CF-18s. They then planned to buy 18 “Super Hornets” from Boeing without a tender, as a “transitional” measure until a full tender could be launched.

But the government canceled that plan when Boeing sparked a trade dispute with Bombardier. Ottawa finally launched the current bidding process in July 2019, when the Super Hornet and F-35 were cleared to participate.

In the meantime, the government has been forced to invest hundreds of millions more in the CF-18 fleet to keep it flying until a replacement can be delivered.

The Canadian Press revealed last week that Canada will not be sending fighter jets next year to patrol NATO airspace, including for Russian incursions. For the first time since 2017, Canadian CF-18s will therefore be absent from the skies above Europe. This decision was partly blamed on the need to upgrade older fighters.