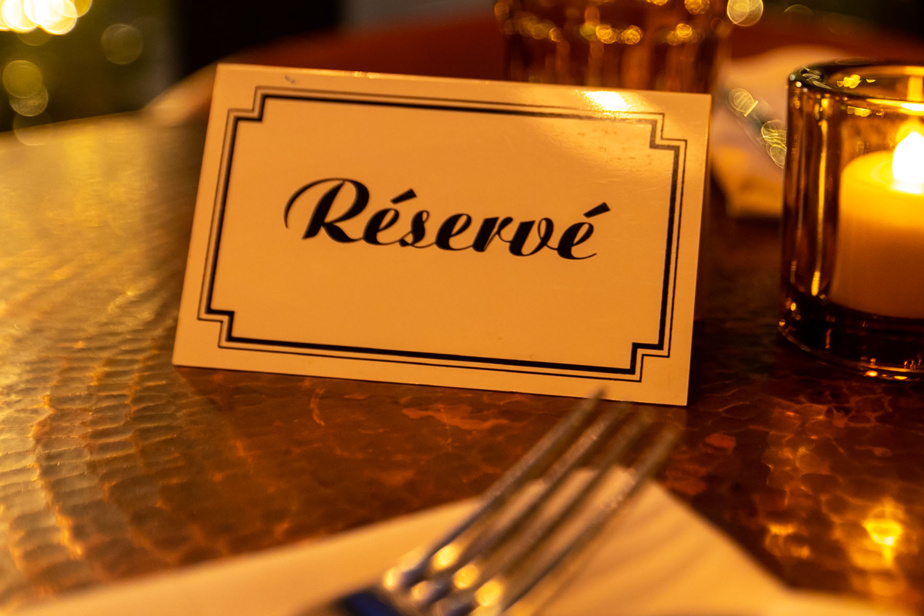 Customers who fail to show up at the restaurant after reserving a table could be subject to a fine. Faced with this growing scourge, the Association Restauration Québec (ARQ) wishes to be able to impose a “penalty” on those who are conspicuous by their absence without having bothered to cancel.

Discussions will take place in January on this subject between the ARQ and the Consumer Protection Office (OPC), we have been confirmed. Meanwhile, restaurateurs are multiplying strategies to prevent customers from asking them a rabbit. Some even go so far as to draw up a blacklist of people recognized for not honoring their reservations, indicates the ARQ. Others require a credit card number and charge a fee if the customer does not show up. A practice however illegal, at least for the moment.

“What is prohibited is to fix in advance [par écrit ou verbalement] an amount that would be due if the client does not honor the contract,” explains Charles Tanguay, spokesperson for the OPC. “One of the principles of law underlying Article 13 is that no one is supposed to take the law into his own hands, that one cannot arbitrarily set the amount of any damage oneself”, he adds.

“The objective of our demand is to change customer behavior,” explains Martin Vézina, vice-president of public affairs at the ARQ. By dint of paying fees, the customer will perhaps understand that calling to free up his table is still a more responsible gesture. »

Mr. Vézina, like several restaurateurs we interviewed, says that this phenomenon, called no show in the jargon of the trade, has gained momentum over the past year.

“Empty tables are deadweight losses because the food was purchased accordingly. Staff have been assigned accordingly. Booking is not just a customer service tool, it’s also an excellent planning tool for the operator,” he explains.

In an attempt to curb the problem, the restaurant Le Chien fumant, located on the Plateau Mont-Royal, took the bull by the horns. In addition to requiring a credit card number at the time of reservation, it charges a sum of $60 if the customer does not honor his reservation or cancels with less than 24 hours notice – even in the event of COVID -19 –, as indicated when booking online. This sum is returned to them in the form of a gift certificate to be spent at the Chien fumant, an establishment which has 22 places.

Asked about the legality of this practice, Jordan Brossard, manager of the establishment, had difficulty answering. “That’s a great question. Although most customers who make reservations show up at the restaurant, Mr. Brossard says he still has cases of no show every week.

For its part, the OPC did not want to comment on this particular case. “It’s a prohibited stipulation,” said Charles Tanguay, referring to the $60 penalty.

For her part, Nathalie Côté, co-owner of Stella Pizzeria, Brasserie Bernard and Le 409 restaurant, would be in favor of a $20 penalty imposed on those who do not show up as agreed.

“Last Friday, at lunchtime, 18 people did not show up. It freaked me out. People don’t realize it’s huge,” she says.

To book in its establishments, there is no need to leave a credit card number. “We take the reservation and we trust,” she says simply.