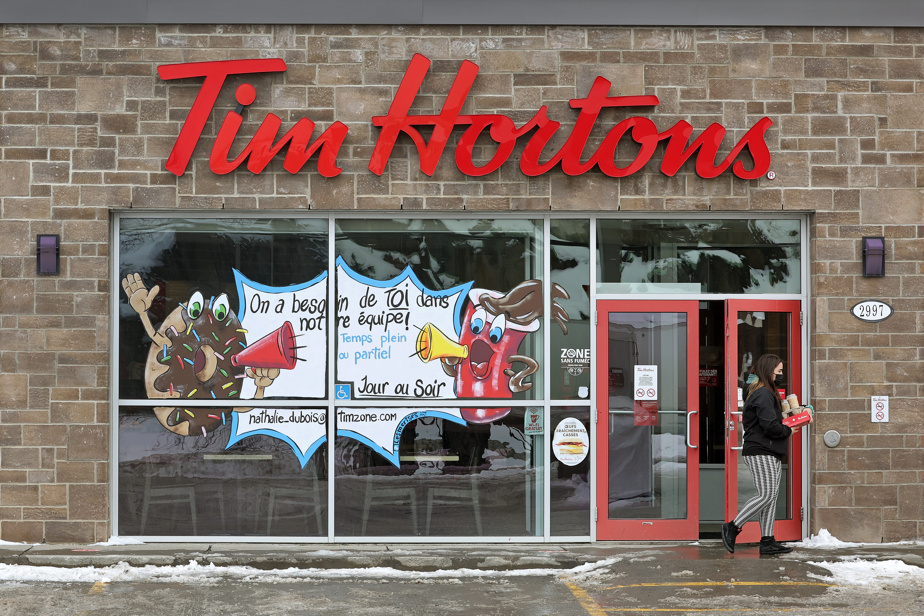 The parent company of Tim Hortons posted higher sales and profits in its most recent quarter, despite “macroeconomic pressures” weighing on the restaurant industry.

Restaurant Brands International posted consolidated comparable sales up 9.1% on Thursday, bringing third-quarter revenue to nearly $1.73 billion, compared to $1.50 billion in the same quarter in 2021. profits for their part reached 530 million, whereas they had amounted to 329 million a year earlier.

“We are all fully aware of the ongoing macroeconomic pressures affecting our industry and our franchisees,” Restaurant Brands CEO Jose Cil said on a conference call with analysts. “These include continued commodity and wage inflation and rising interest rates. »

Still, the company’s restaurants offer good “value for money” and continue to perform well despite the pressures, he argued.

In Canada, sales at Tim Hortons stores that have been open for at least a year increased by 11.1% during the quarter ended September 30, compared to the same period last year.

The cafe chain’s cold drink sales were up 14% from 2019, Cil said. This beverage category now represents more than 40% of Tim Hortons’ total beverage sales, compared to 34% in the third quarter of 2019, he said.

Tim Hortons also saw growth in afternoon and evening food sales thanks to the success of its Delights platform, which includes its Delight Bowls.

“We saw a roughly 2% contribution to our 11% year-over-year same-store sales increase from the Délices platform,” Cil explained.

Traffic continued to rebound from the cafe chain’s pandemic lows.

Downtown sales were about 5% below 2019 levels in the most recent quarter. This is an improvement from the approximately 40% decline seen during the pandemic.

Still, the company is starting to move away from comparing traffic to pre-pandemic levels.

“We are approaching 2023 and the reality is that we all have new routines,” he said. Maybe you go to the office three days a week or you work from home. We just have to be there for the people. »

“Mobility remains a challenge and we are not waiting for it to return. This is not the heart of our plan. »

The best thing Ottawa could do to help the restaurant and retail sectors would be to give businesses more flexibility to access foreign labor to fill vacancies, Mr. Fulton.

Hiring foreign workers is currently “very bureaucratic and time-consuming,” Fulton said, adding that it takes an average of almost a year to bring a worker to Canada.

Critics have suggested that the restaurant and retail sectors could find the workers they want if they offered higher wages. But Mr Fulton said even with higher wages, labor shortages continue to plague the industry.

“Everyone pays well above minimum wage in most cases, and we compete for labor with retailers and restaurants and Amazon fulfillment centers and a number of industries” , he argued.

“When everyone is offering a competitive salary and there just aren’t enough people available to work, then you have to look outside of your community. »

On an adjusted basis, RBI achieved earnings per share of 96 cents US, compared to 76 cents US in the same period last year.

Analysts on average had expected a profit of 80 cents per share and revenue of $1.66 billion, according to forecasts compiled by financial data firm Refinitiv.