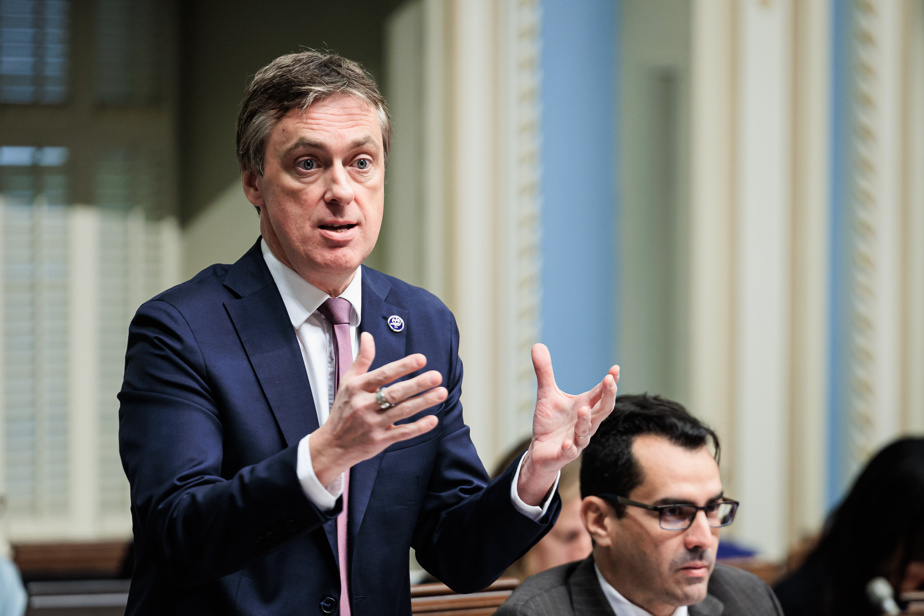 (Lac-Beauport) Marc Tanguay believes that the crushing defeat suffered by the Quebec Liberal Party (PLQ) during the last election is partly explained by the difficulty in easily summarizing complex political proposals.

According to the liberal interim leader, who replaces ex-leader Dominique Anglade until the end of a possible leadership race, the “eco” project – regional economic development based on investments in renewable energies – was difficult explain to Quebecers.

” [C’est] a flagship project that we proposed during the election campaign, which is a 2050 vision, in the long term. It was very difficult to be able to translate it in a few seconds or a few minutes, ”he said on the sidelines of the party’s pre-sessional caucus in Lac-Beauport, north of Quebec.

Over the next few months, the Liberals will return to the field, in the regions, to understand why a majority of voters shunned them at the polls. The Official Opposition in Quebec has 19 MNAs, including only one MNA from outside Greater Montreal (André Fortin in the riding of Pontiac, in Outaouais).

“You have to simplify the message on issues that are very complex. It’s something I work on every day,” said Marc Tanguay.

In Quebec City, the Liberals promise to put forward questions this winter on economic issues, the labor shortage, the rising cost of living and the integrity of the essential missions of the State, such as health and education.

“Francois Legault says [qu’il a] a government of results, but that is not true. François Legault is a failed government. When we see what is happening in health, in justice or in childcare services, it is not results that we see. These are failures,” said Mr. Tanguay.

Over the next few weeks, the Liberal Party will also announce who will wear the colors of the official opposition in the eventual by-election in the riding of Saint-Henri–Sainte-Anne, in Montreal. This constituency, won by the Liberals on October 3, has been vacant since the resignation of the former party leader, Dominique Anglade.

“We are in analysis. There are several candidates in analysis,” said Mr. Tanguay.

Its main counterpart in this partial, Québec solidaire (QS), has already announced that immigration lawyer Guillaume Cliche-Rivard will once again wear the colors of the left-wing party during the election. On October 3, Mr. Cliche-Rivard obtained 28% of the votes cast against 36% for his Liberal rival.