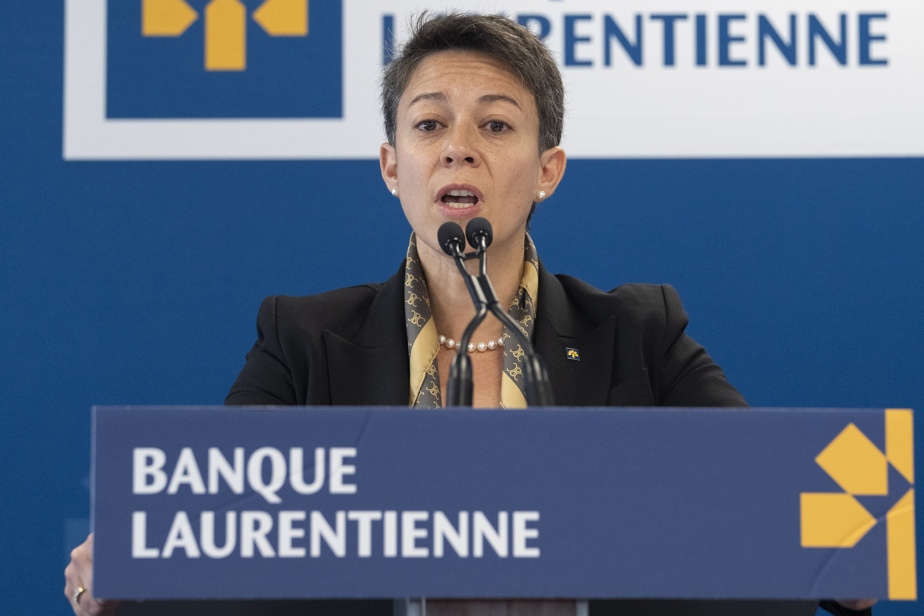 Although Laurentian Bank has begun to help its customers prepare for an anticipated rise in interest rates, its President and Chief Executive Officer, Rania Llewellyn, believes that the financial institution is ready to deal with “anything that could stand in our way”.

In Canada, variable rate mortgages have enjoyed great popularity as borrowers have become accustomed to a long downward cycle in interest rates, which has lasted for about twenty years. Nearly 45% of new loans were at variable rates in Canada, in mid-2021, according to the Canada Mortgage and Housing Corporation (CMHC). A reversal in the trajectory of rates raises fears for households whose finances are tighter.

Laurentian wants to prepare its clients for this new cycle. She has formed a “loyalty” team that reaches clients with variable rate mortgages to give them “information and advice” on the impact of rising interest rates on their financial situation. “We want to give them the right advice to help them manage their risk,” says Ms.me Llewellyn, in an interview, Tuesday, on the sidelines of the shareholders’ meeting.

The banker assures that Laurentian has been cautious before granting loans, whether for personal or commercial mortgages. Management has established three economic scenarios: an optimistic, a baseline and a pessimistic. Taking into account the pessimistic scenario, the institution is ready to deal with bad economic surprises, if they were to occur, she assures.

Mme Llewellyn believes, however, that the anticipated rise in interest rates would be good news for Laurentian Bank shareholders and that it should have a favorable impact on financial results. “Generally, when interest rates go up, it improves interest margins to some degree,” she explains.

In theory, the tightening of monetary policy can also bring headwinds for financial institutions by slowing down economic activity, in particular. “There may be negative impacts for certain business activities, but generally speaking, it should be favorable for our results,” she replies.

For the moment, Laurentian’s management anticipates a rate hike of 25 basis points per quarter, but Mme Llewellyn points out that the situation is progressing at full speed. “The market is moving fast and the message from the Bank of Canada is changing too. One thing is certain, rates will go up. Afterwards, will it be 25 points or 50 points? The decision rests with the Bank of Canada. »

The Laurentian Bank held earlier, Tuesday, its meeting of shareholders in hybrid mode, in Montreal.

Criticized last year for the lack of French spoken during its 2021 meeting, the financial institution has given more prominence to French in its presentations.

Mme Llewellyn, who did not speak French when appointed in 2020, had pledged to learn it and is taking lessons with a private tutor. She delivered about half of her speech in French on Tuesday. Two senior executives also gave their entire presentation in the language of Molière.

The speeches were an opportunity to reiterate the main points of the bank’s strategy, but shareholders have not received any new information since the publication of the most recent quarterly results in early March.

In December, the management unveiled its strategic plan, one of the axes of which is to catch up with its technological delay, in particular by concluding partnerships with fintechs. The bank also wants to expand in the United States, for its commercial lending activities, and wants to use its ESG positioning (environment, social and governance) to seize new business opportunities.

Mme Llewellyn used the meeting to announce that the bank has refreshed its logo, which retains the yellow arrow shaft, but frees it from its frame. The change of logo will be done gradually within the institution.

Laurentian is also launching an advertising campaign to promote its “new mission” and its commitment to ESG principles. The campaign, which represents an investment of one million, began today. The new logo and media campaign were developed by the Havas Montreal agency.