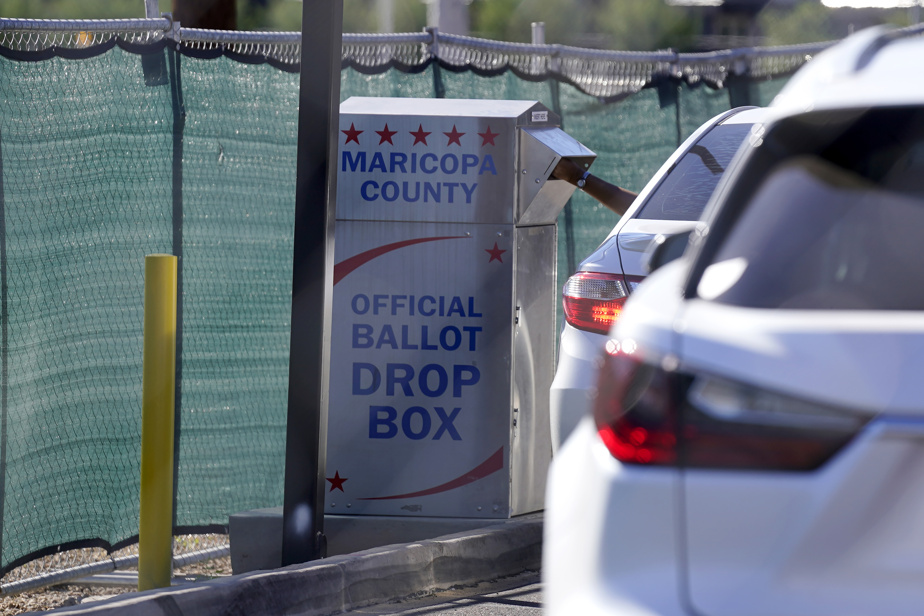 (Washington) The violent assault on the husband of Democratic leader Nancy Pelosi has heightened concerns that misinformation and deep political divisions could lead to violent acts ahead of the US midterm elections.

Officials believe these elements are the driving force behind some attacks – such as the one by a conspiracy theorist who wanted to kidnap Democratic congressional leader Nancy Pelosi for her “lies” and assaulted her husband.

This attack occurred just over a week before decisive mid-term elections, in a tense atmosphere. Some election officials and elected officials said they have seen an increase in threats and intimidation.

In Arizona, gunmen patrolled around a box where voters can drop off their advance ballot, worrying voters.

On Friday, the day of the attack on the Pelosi couple’s home, US security agencies warned of the “increased threat” posed by violent extremists, fueled in particular by their belief in the existence of electoral fraud.

Fears of political violence have grown in the United States since Donald Trump refused to accept defeat in November 2020, prompting the storming of the Capitol on January 6, 2021.

Since then, the tension has not really subsided in the political rhetoric, in part due to the weight of Donald Trump’s support in the Republican Party and his allegations of alleged fraud by the Democrats in the upcoming election.

Traveling to Texas last week, the former president warned his fans not to believe the results of the polls, called Nancy Pelosi “crazy” and accused “Biden and the far-left crazies” of “waging a war against Texas.

They “make America a police state”, he further declared, repeating, against all evidence, that “January 6 was caused by a stolen election”.

Nothing like the Capitol assault happened again. But between the number of isolated incidents and the amount of misinformation on social networks, officials have reason to worry.

In June, a gunman visited the home of Supreme Court Justice Brett Kavanaugh, unhappy with his abortion ruling.

Eric Swalwell, an elected Democrat from California targeted by numerous threats, directly points to the responsibility of the most fervent defenders of Donald Trump, nicknamed according to his slogan, “Make America Great Again”, or “MAGA”.

“MAGA political violence is at its peak in America, and it’s going to kill someone,” he wrote in August, asking Republican officials to speak out.

Added to this are threats against the employees responsible for organizing the ballot, pointed out by Donald Trump and his supporters in 2020.

Some local authorities experience difficulties in recruiting staff to man the ballot boxes.

In Arizona, where tensions over the allegedly stolen 2020 election were particularly high, armed people with cameras monitored a metal box where voters could drop off their ballots.

Added to this tense climate is the amount of online misinformation, a breeding ground for violence according to officials in Washington.

On Sunday, the top U.S. cybersecurity official spoke of a violent climate fostered by “rampant disinformation” and “threats of harassment, intimidation and violence against polling officials, polling stations and voters.” “.

Misinformation, Jen Easterly, director of the Cybersecurity and Infrastructure Security Agency (CISA), said on CBS, “can undermine trust in the electoral system and be used to incite violence.”