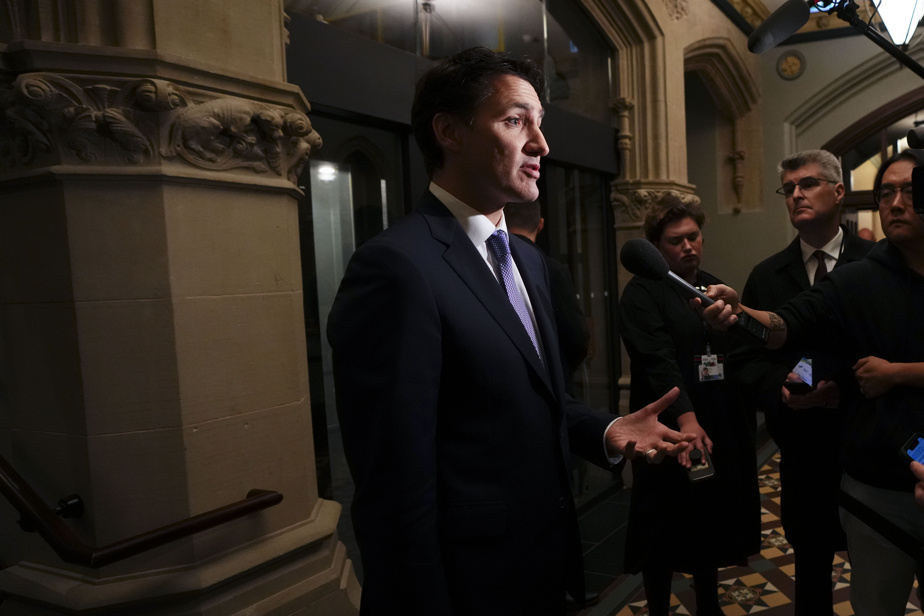 (OTTAWA) The Canadian economy is about to go through a turbulent period, Prime Minister Justin Trudeau admitted on Tuesday.

Asked when he arrived at the cabinet whether he foresees that the country will go through a recession, Mr. Trudeau simply replied that “we expect to be there for the families who need it, whatever the circumstances “.

However, he was more loquacious in English when confronted with the remarks of the Minister of Finance, Chrystia Freeland, who, the day before, solidly flirted with the word recession by describing how the “economy will slow down”.

Mr. Trudeau then said that Canadians know that “head winds”, either headwinds or turbulence, are coming.

“We’ve seen interest rates go up,” he added. We have seen the cost of living increase. This is why we have taken concrete action. The GST credit will be paid in the coming weeks to Canadian families, 11 million Canadian families who will receive nearly $500 in additional support this fall. »

In his speech delivered Monday in Gatineau, Mr.me Freeland said he wanted to give Canadians “the straight line” on what to expect.

“Even if inflation recedes in the coming months, the situation will remain difficult,” she said. […] Our economy will slow down as the central bank has to tackle inflation. Many people will see their mortgage payments increase. Business will no longer be as good as it has been since deconfinement. And the unemployment rate will no longer be at a historic low. »

Mme Freeland then argued that the next few months will be “demanding,” that his government will help Canadians navigate “those troubled waters” and weather “the coming downturn, in Canada and around the world.”

Speaking in the foyer of the House of Commons, New Democratic Party Leader Jagmeet Singh said Canada “needs a plan” to help those who will lose their jobs.

“That means, for example, improving employment insurance to ensure that the system is there for everyone and having a plan to support families during this difficult time,” he said.

Although a growing number of observers are expecting a possible recession next year, the Bank of Canada has not changed its position on interest rate hikes and maintains its objective of bringing inflation back to its target of 2.0%, supported in the last days its governor, Tiff Macklem.

Statistics Canada is due to release its latest inflation data for September this week. The Bank of Canada will announce its next decision on interest rates next week, and will publish an update of its economic forecasts at the same time.