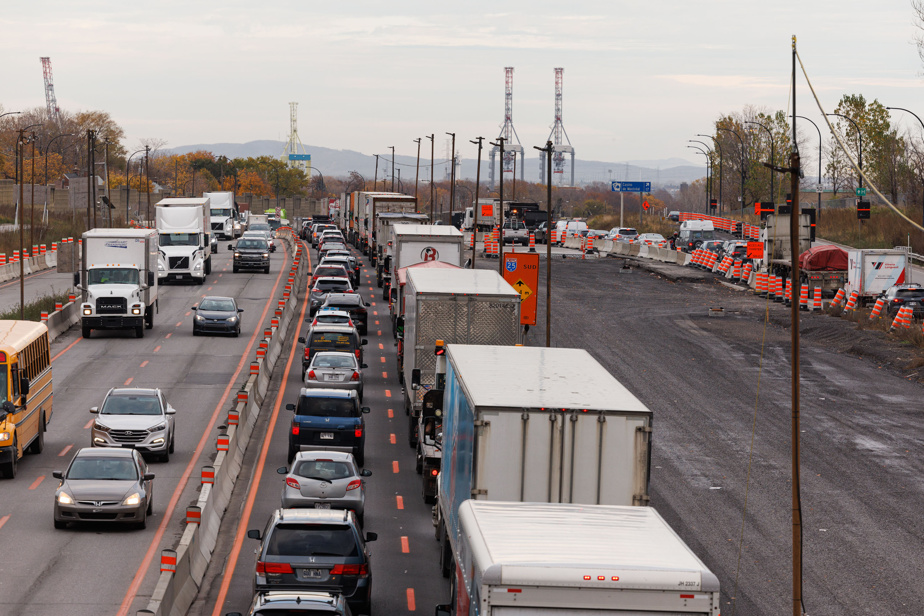 In the second week of the partial closure in the Louis-Hippolyte-La Fontaine tunnel, the situation remains stable, but already certain observations are emerging in view of what could await us as winter approaches.

First, it seems clear that the middle of the week, particularly Wednesdays and Thursdays, is now synonymous with much heavier congestion in Greater Montreal. It is the journeys between the South Shore and the island that are particularly affected, in the wake of the closure of the tunnel. It must be said that the mitigation measures put in place by the government remain for the moment only very little used.

Accidents also make the road network particularly vulnerable during these times of closure. On Highway 25 North at the beginning of the Île Charron bridge, Wednesday, a broken down heavy vehicle also caused its share of congestion from the start of the day, the truck having spilled oil on the roadway .

For many experts, the onset of winter will be the “real test” for motorists. The first snow – expected towards the end of next week -, but above all, the first storm, will show how well the network can absorb several accident scenes at the same time and a more “decentralized” congestion, despite the closures. .

Between now and the dead of winter, there will be another activity in early December that could disrupt traffic, especially downtown: COP15, this international event which will notably lead to the closure of the Place- d’Armes and several traffic lanes around the Palais des Congrès.

Welcoming thousands of delegates will also result in a heavy police presence in and around downtown, which could slow you down in your travels. The entire perimeter around the Palais des Congrès will be delimited by high fences, the installation of which began last Monday and will continue for another two or three weeks.

Eventually, these large fences should cut off one lane of traffic on each of the streets surrounding the meeting place, i.e. the Saint-Urbain, Viger, Saint-Antoine axes, as well as Place Jean-Paul-Riopelle. Viger Avenue, between Saint-Laurent Boulevard and Hermine Street, will be completely closed next week for the installation of these fences.

On a more positive note, however, the closure of the Ville-Marie tunnel, which passes under the Palais des Congrès, is not planned for the duration of the event, despite what the head of the opposition, Aref Salem, in recent weeks. The Ville-Marie Expressway repair site must nevertheless move up a gear in the winter, which will lead to new obstacles until 2026.

The start of the reconstruction of the Metropolitan highway, further north, is still far on the horizon, however, as the estimates have not yet been officially submitted.

Nevertheless, when it is done, the repair of Highway 40 will be one of the sites with the most consequences in the coming years, probably worse than the closure of the La Fontaine tunnel, according to what the specialists say. . The elevated structures must be rebuilt from top to bottom over a distance of 11.4 kilometers, a project already valued at a few billion dollars.

Otherwise, this weekend, the government has already announced that road users will have to avoid several sectors, due to major obstacles planned on Highway 13 and in the Saint-Pierre interchange. Ongoing work on the Victoria Bridge still results in the partial closure of one alternating lane until the end of November.