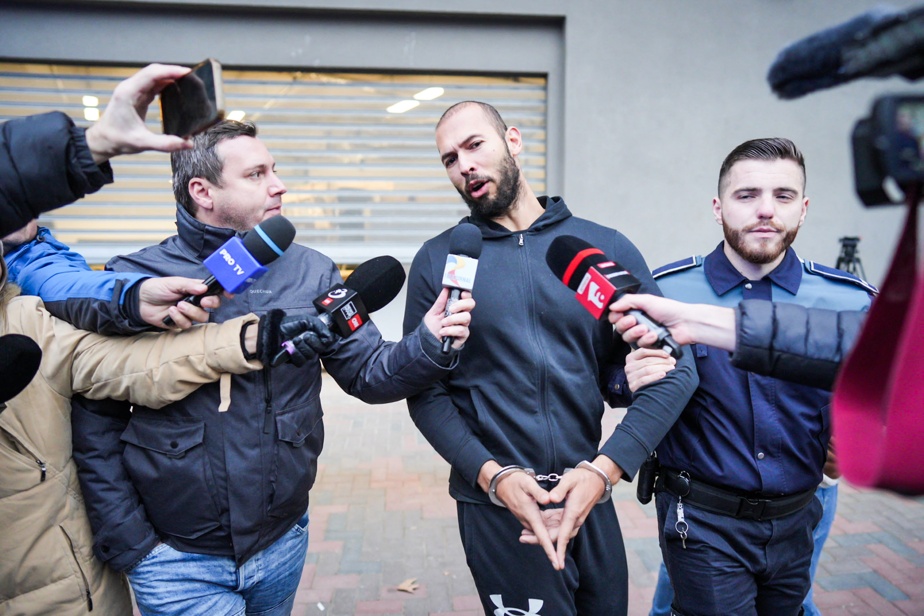 (Bucharest) The controversial British influencer Andrew Tate, heard by Romanian investigators in the context of a pimping case, reaffirmed his innocence on Wednesday, judging that the prosecution had “no evidence” against him.

“The matrix (the system) is trying to trap me, but God knows the truth. There is no evidence in my file, because I did nothing wrong,” the 36-year-old former kickboxer told reporters.

He was speaking at the end of a hearing lasting several hours in Bucharest by the magistrates in charge of the fight against organized crime (DIICOT).

At his side, his brother Tristan, 34, also claimed his innocence. “They have nothing against me,” he said.

Arrested at the end of December, the two men are accused of “establishing an organized criminal group, human trafficking and rape”.

The court last week extended their detention until February 27, a decision they are appealing. They can remain behind bars for a maximum of 180 days pending possible indictment.

Their lawyer, Eugen Vidineac, stressed that they wanted “the truth to come out quickly”. “They provided detailed statements, they collaborated” and have “trust”.

Andrew Tate had denounced the day before on Twitter, where he has 4.8 million subscribers, “a political operation designed to undermine his influence”, an “unjust imprisonment” to silence him. He also deplored his conditions of detention. “Cockroaches, lice and bedbugs are my only friends at night,” he wrote.

Two Romanians, a former police officer and Andrew Tate’s girlfriend, were also arrested on December 29 during a vast operation carried out after several months of investigation.

The alleged network, which had been operating since 2019, would have recruited “several victims including minors” for the purpose of sexual exploitation, according to the prosecution. They were duped by the two men who feigned feelings for them, before being forced into prostitution and the production of pornographic films, prosecutors say.

The influencer with masculinist theses, who also has an American passport, has been suspended from several social networks for misogynistic remarks. His Twitter account was recently restored. He trades advice to men to help them get rich via “Hustler University”, a coaching website that claims more than 160,000 clients.